Envy of the world? Not quite. 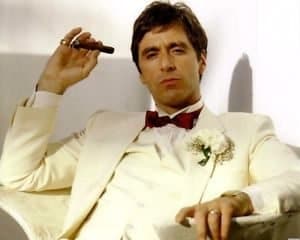 The classic Abwehrmechanismen to rationalise international criticism of Malta’s kleptocracy is that “our foreign critics envy us”.

Who doesn’t want Joseph Muscat as their prime minister if what you get in the package is sustained economic growth, low taxes and a budget surplus?

It looks like a good deal but scratch the surface and imitating Malta is like getting business advice from Tony Montana. Making money on crooked deals is far from a long term sustainable plan.

The Economist Intelligence Unit is predicting a bleak future for investment if more details on corruption emerge. As they are bound to do.

And here’s a journalist who visited Malta, marveled at the economic success and wrote in a pro-independence Scottish website why an independent Scotland should stay well clear of Malta’s model.

“Joseph Muscat is riding an economic tiger that could easily turn around and eat him. For Scots thinking of independence, the Malta model of a free enterprise paradise is not the road to follow.”

The rest of the article, on pro-independence Scottish newspaper The National, is here.

Note how one of the commentators giving feedback to the post said Malta sounded to him like “a Tory paradise”. That’s not a compliment. It’s a Boschian nightmare. “Say hello to my little friend”.