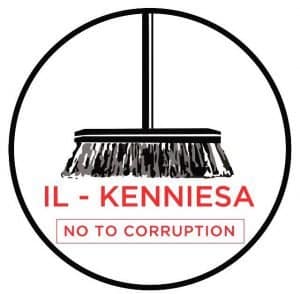 I will be away on a prior engagement on Friday but the action of Il-Kenniesa in Valletta with the theme ‘journalism is not a crime’ truly deserves the support of anyone who can make it.

Reporters without Borders are also attending.

Their lives too were transformed by the killing of Daphne Caruana Galizia. And barely 5 months later another investigative journalist is killed in Europe for revealing the collusion between politicians and big business.

As if a door has been opened by Daphne Caruana Galizia’s killers, freedom of speech in Malta and other dark corners of Europe in the shadow of corruption, like Bratislava, are now no longer to be taken for granted.

The choice of Friday has a sad but remarkable significance. It will be the 10th anniversary since Daphne Caruana Galizia, relented and moved into the world of blogs only to singlehandedly transform it.

Malta had blogs before Daphne came to them. They were a space for some debate, mostly self-referential, certainly self-aware. Even the more capable authors from that time, some of whom still write, admit it was all rather eravamo quattro amici al bar stuff.

Daphne Caruana Galizia’s writings were cut off just shy of the 10th anniversary since they started. It’s an anniversary she would probably not have celebrated anyway. We spent much time reflecting on her last words of her blog that fateful afternoon of 16th October, 2017 we will never forget. The words ‘crooks everywhere’ and ‘situation is desperate’ will never leave us.

But reflect on her very first words when she stepped into blogging in the wee hours of 2nd March, 2008. “Zero tolerance for corruption”. 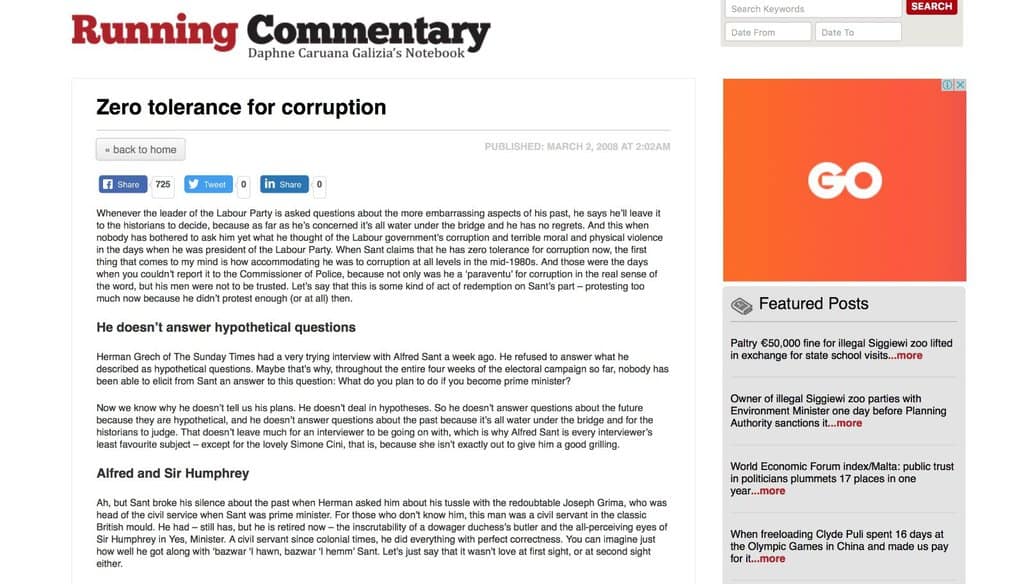 There’s an arc between her first heading and her last comment that would look contrived in fiction but in the reality of this story is a reminder of her constancy, her fortitude, and her commitment to provide her nation with one of the most thankless services one can possibly have a vocation to follow.

I knew Daphne Caruana Galizia for many years before she started blogging. I had been an admirer of her columns since long before then. The blog of course took things to another level.

But in the last four months when I started dabbling with my own blog and she picked a handful to link them on hers, we spoke about her experience. It was the time when she was getting flak from some of the PN’s followers on top of the usual excrement from veteran Labour trolls. It doesn’t matter where it’s coming from, shit always smells bad, insults always hurt.

For a while after last June she toyed with the idea of not blogging anymore. After all she had done it for 9 years, she more than gave her bit for king and country.

But then she sat down to write again because there was more to uncover and since she could, she felt it her duty to give her all. And all was taken from her.

I do not yet know the story of Jan Kuciak except the first threads coming out of Bratislava. But it feels like the story is similar to Daphne Caruana Galizia’s in at least some respects. Another soldier of truth shot down as his own thankless country drinks its tall latte.

Put down your latte for a couple of hours on the 2nd of March at 6pm and join il-Kenniesa outside Parliament to remember 10 years less 5 months of Daphne Caruana Galizia’s blogs and how your life would have been different if you did not know what she found out on your behalf.