Operación Canadá: Here’s an episode of tax fraud Jacqueline Alexander was involved in when working at Mossack Fonseca 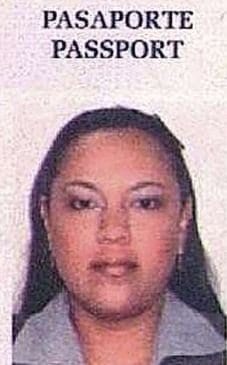 Remember how many stories were planted all over the place on Maria Efimova to discredit her as a witness and turned out to be false? Do you remember the prime minister himself saying she was likely a spy for the Russian secret service working on their behalf to destabilise the government and the country?

And now across the media spectrum, with everyone rowing at ramming speeds to the pace set by Joseph Muscat’s drums, it’s happening all over again.

A lot seems to rest on Mossack Fonseca’s Jacqueline Alexander and whether her signature which appears on documents at the heart of evidence on the ownership of Egrant is authentic.

Let’s try to understand some more what Jacqueline Alexander was involved in.

I am copying here an extract from a Toronto Star investigation headlined ‘The Canada Papers’. The link to the full story is here but for ease of reference I am reproducing below the extract that speaks of an extract of a piece of blatant tax fraud Mossack Fonseca conducted for a client of theirs and what Jacqueline Alexander (along with the rest of the staff at Mossack Fonseca) habitually did as their normal course of business.

One of the largest transactions illustrating how 9203-9616 Quebec Inc. was used as a tax evasion vehicle was called “Operación Canadá” in internal Mossack Fonseca correspondence.

The scheme involved a series of phoney transactions that allowed a drilling firm to move money from its Peruvian subsidiary to its parent company tax-free. Making that happen involved a circuitous international paper trail that made it look like the money went first to Chile before ending up in Quebec.

Mossack Fonseca incorporated a company in Chile, called Servicios Andinos de Consultoria SPA, and drew up a contract and invoice for $700,000 (U.S.) expressly for this purpose. Mossack Fonseca went so far as to design a website for the company and construct a fake email chain to make it appear there was a legitimate business relationship, the emails show.

“We confirm that the messages can be directed to the following email: [email protected]” wrote Jacqueline Alexander, a secretary at Mossack Fonseca’s Panama office to AK Drilling International in Peru. “Kindly direct the messages to ‘Dear Sirs.’”

In response, Liz Villanes Vergara, a corporate financial analyst at AK Drilling, sends Mossack Fonseca — posing as the Chilean company — an inquiry email and appended a note to Alexander, instructing her on how to respond.

“Jacqueline, please generate a reply to Mr. Petrovich, attaching the following information (Word file) as an integral part of the service…In response to this we will send you a contract with all that included for your signature. They print it, sign it and send it, along with the invoice and the bank statement,” Vergara wrote.

After the paperwork was completed for the first transaction, a second false invoice made it appear that Servicios Andinos de Consultoria SPA paid $670,000 to 9203-9619 Quebec Inc.

While the paper trail leads to Canada, bank records show no money came anywhere near its borders.

Instead, $700,000 was transferred from AK Drilling International, Peru, into an account controlled by Mossack Fonseca. The Panamanian firm then wired $637,000 back to AK Drilling by depositing the money in the company’s Swiss bank account.

Mossack Fonseca created a false paper trail to make it appear almost $700,000 was paid to a numbered Quebec company, when in fact the money ended up in a Swiss bank account.

Petrovich did not respond to repeated emails detailing the transactions.

Mossack Fonseca’s fee to transfer the money and create the paper trail was $63,000.

AK Drilling paid $7,000 to the Munoz-Najars for the use of their Quebec company and $2,000 to a man named Ivan Ramirez as a commission for referring the business.

The Panama Papers files show that no taxes were filed by 9203-9619 Quebec Inc. for the year 2012, when the transaction occurred.