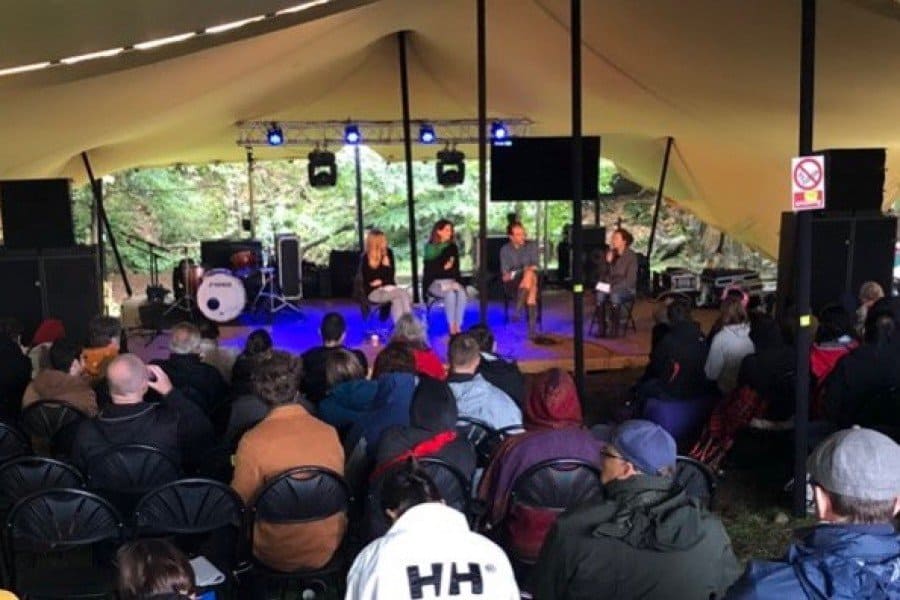 The European Centre for Press and Media Freedom has asked the prime minister Joseph Muscat whether an open public inquiry will be held into the death of Daphne Caruana Galizia and particularly on whether the assassination could have been prevented.

ECPMF’s legal advisor Flutura Kusari has told a gathering of the Byline Festival of independent journalism that the prime minister has not responded to ECPMF’s inquiry which followed on a public call for an inquiry from the sons of Daphne Caruana Galizia.

The meeting was addressed by Daphne’s sister Corinne Vella who thanked the European media freedom community for its ongoing support. She shared the platform with journalists Juliette Garside and Stephen Grey who have continued to publish investigations that Daphne was working on at the time of her death last October.

Corinne Vella said “My sister’s killers are probably still there. I don’t know if they’re standing next to me in the bus queue. On the 16th of every month, the date on which she died, I get horrible messages from government-backed accounts, goading her with taunts like ‘May she rest in pieces’ and much, much worse”.

Read a more detailed report of the meeting on this link to the ECPMF website.

Previous:Better than being hit by a truck
Next:Curia ‘clarifies’ position on Felix Cini