I live in Mqabba. I’m not native of the town, but I love it here. We get a lot of fireworks, and once or twice a year I go see the grand shows they put on. I like fireworks. I like food too, but the doctor says I have too much and must cut down. Excess is the root of all evil. The writer of this guest post explains how the extent of fireworks we blow in the sky exceeds European standards that are in any case lower than doctors recommend for your mental and physical health. 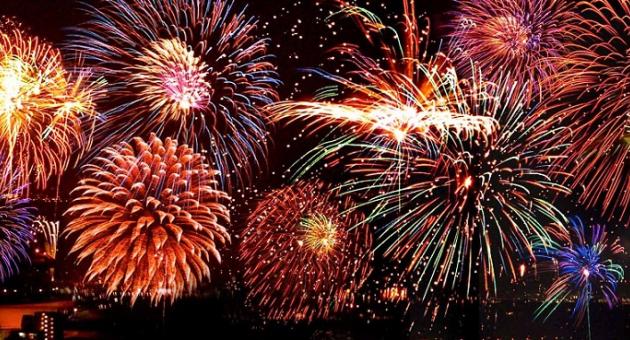 One of the unwanted titles we have earned ourselves is ‘Noisiest Country in Europe’. And failure to rule on fireworks is one major cause.

There are international guidelines on the level of noise emitted in the environment, and this is for a reason. Exposure to noise has a negative impact on the health of the community.

Exposure to night noise causes both immediate and long-term effects on mental and cardiovascular health. That is why the World Health Organisation issued the Night Noise Guidelines for Europe in 2009 According to these guidelines, annual average night exposure should not exceed 40 decibels, corresponding to the sound from a quiet street in a residential area.

The WHO guidelines complement the EU Directive on environmental noise that applies to built-up areas, public parks, schools, hospitals and other noise-sensitive buildings and areas.

All Member States had to implement the rules by 2004. Malta is obliged to assess noise levels, producing strategic noise maps for all major roads and urban areas. Based on these, the government had to prepare action plans containing measures that address issues where there’s too much noise. The limit is 55 decibels averaged across the day, evening and night periods and 50 decibels averaged across the night period.

Dealing with noise is not new. In the sixth century BC, the city of Sybaris in Greece banned potters, tinsmiths, and other tradespeople from working within the city walls due to noise impacts. In 44BC, Julius Caesar controlled the time at which wagons could enter the city of Rome to prevent the clanking of wagon wheels on cobblestone streets. The list of international laws and regulations throughout history is endless.

The long, hot summer months, are packed with our traditional ‘festas’. Each locality has one or two feasts every year. There’s always a festa going on meaning noise from fireworks is incessant.

They start from eight o’clock in the morning until nearly midnight throughout most days. A superficial search on the net will tell you that even the smallest petards on sale overseas give out a sound of more than 100 decibels.

Here’s the story of a Swedish national who claimed that he had to leave Malta due to the excessive bangs from petards during feast celebrations. A Facebook group is reported to claim that petards let off during the Lija feast in 2009 measured up to 156 decibels from a 300-metre distance.  And things seem to be getting worse.

Now the competition between rival bands or rival villages has gone beyond offering the best spectacle of colour, to that of producing the loudest bang. And not just one very loud bang but continuous sets throughout the day – a set of loud bangs at eight o’clock in the morning, another at mid-day, at seven o’clock in the evening and at eleven or later at night till nearly midnight.

We are now hell-bent on setting new world records on the biggest fireworks. We’ve tried hoisting half a tone of explosives into the air with much pomp, regardless of the suffering and death that could have resulted to the birds and fauna inhabiting the island of Filfla, and regardless of health and safety issues. We let Maqluba burn for three whole days because oops, a petard went astray.

All is fair when it comes to protecting our beloved noisy traditions. And no responsibility is claimed or demanded any resulting environmental damage.

Many enjoy these very loud bangs, without giving a fig to the most vulnerable people in society. Who cares about the babies, the children and persons with sensorial disabilities? Who gives a darn about the sick and the old people?

The people who produce these very loud petards feel that it is their right to produce and hear mind-blowing bangs. The enthusiasts who love hearing the loud bangs feel a sense of entitlement to them. In doing so, all of them are failing in their obligation to respect the rights of vulnerable people, and of people who hate loud noises.

But hey, why bother with the most vulnerable in society, when even the government is giving the fireworks lobby a hand? Let us keep in mind that the latest amendment to our law regulating explosives came in this year, following a  judgment of the Court of Appeal, which stated that the Żebbiegħ fireworks complex lacked the required 183 metre buffer zone from the closest roads, and which instilled fear in fireworks enthusiasts that several other fireworks factories could also be ordered to close down.

And what an obscenity it was: all in the interest of safeguarding our so-called traditions. In a democracy, where the Rule of Law is upheld, no one is deemed above the law. In a democracy, where the Separation of Powers is upheld, each branch acts as a check and balance towards the other. In this case, the legislative branch overruled the judicial branch and rendered its judgment superfluous.

In a democracy where the Separation is upheld, the executive branch should be enforcing the laws, not issuing permits on a regular basis for the closure of arterial roads to allow for fireworks displays. But inconveniences of this sort are allowed to protect our traditions.

The government has responsibilities towards all of its citizens, and not only to the segment of people who elect it to power. It is failing in its obligations towards its citizens when it fails to implement laws on noise pollution and to regulate noises from fireworks. It is failing in its obligations when it fails to protect the most vulnerable from excessive noise.

The government is subjecting its most vulnerable people to inhuman and degrading treatment as it is understood in our Constitution by not regulating noise pollution produced by fireworks. The government is failing in its obligations when it fails to educate people that for every right that they have, there is a corresponding obligation to respect the rights of others. And it is definitely failing in its obligation to raise awareness about the health hazards of our noisy traditions.