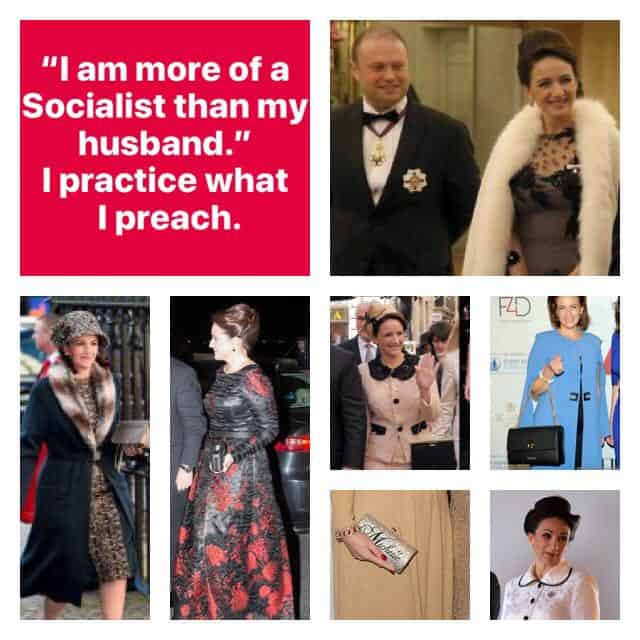 The soul-crushing climax of the Saviour Balzan interview with Michelle Muscat was, of course, the exhumation of Daphne Caruana Galizia’s remains for a crazed Sabbath dance choreographed by the interviewer and the interviewee.

Then, with blood still dripping from her fangs, she went on to express surprise not everyone falls about with enthusiastic admiration when she walks in a room, and that people see a caricature of what she is buried, very deep, inside.

Perhaps they do, but it is one she painted.

Consider her remark that provided some comic relief in the midst of all the drivel and staggering hatred folded in: I am more of a Socialist than my husband.

That’s a low benchmark to set yourself up against, darling. Note she’s not more socialist than Lenin, or Gramsci, or Che, or even Bertrand Russell or Bernie Sanders. She’s more socialist than Joseph Muscat who is as socialist as he is an alien transvestite mad scientist who can make you a man in just seven days.

How does her imaginary socialism manifest itself?

Does she campaign against the concentration of the ownership of land that is shifting the paradigm of wealth distribution in this country into the greedy grasp of those who fund her husband?

Does she mobilise support within the party to protest against the fact that in 5 years of Labour not a single social accommodation property has been added to the supply?

Does she clamour for a rebalancing of rental rates as homelessness or sub-standard accommodation becomes the fate of greater numbers?

Does she campaign for the criminalisation of punters who pay for sex?

Does she protest against the privatisation of Malta’s national public healthcare provision?

What then defines her as a socialist?

Perhaps it should be painfully pointed out that charity does not count as socialist. It is quite the opposite of it actually. Socialism considers universal welfare as a right not a product of generosity granted by an elite seeking to mollify its conscience. It is a function of the state. Her husband’s job. Her job, in a proper socialist frame of mind would be to actually do something productive, pay tax and contribute to the funding of social care and provision.

She declared, somewhat oddly, that she has more empathy with the fate and the suffering of the masses than her husband. There she was finally getting her chance to fulfil her destiny as a latter-day Evita bowing to the applause of the tacky and the mediocre, the smelly and the noisy, she would not be caught with dead, telling them she understands them because she is no longer one of them.

Pause for the line when she says Labour went back to its winning ways because it finally found a leader with a wife. Karmenu Mifsud Bonnici and Alfred Sant did not have wives, remember, though Michelle Muscat was Alfred Sant’s secretary. That doesn’t count apparently.

Of course, she must have meant that Labour found a leader who had her as his wife. I don’t suppose any wife would have been ok. It is not such a statistically rare achievement.

Another piece of socialism there. We wouldn’t be caught dead on TV contemplating the possibility of a leader with a husband instead. Who would get to wear the tiaras?

No doubt Joseph Muscat prefers his wife’s public appearances to be mostly with her head below water swimming across an ocean as far as possible from microphones. It can’t possibly look good on him that his wife, with a paralysing deprivation of any form of empathy whatsoever, declares on TV that he’s even more poorly endowed.

Nor that a woman for whom the term champagne socialist is but an ironic diminutive understatement, a Peronista with aggravated self-delusion and bloated, insatiable greed, tells the world her husband has even less socialist blood cells in his system than she does.

Michelle Muscat says she’s disappointed people don’t like her the way they used to like Kate Gonzi. You know madam, nobody else is. Well, maybe Saviour Balzan. He digs you. 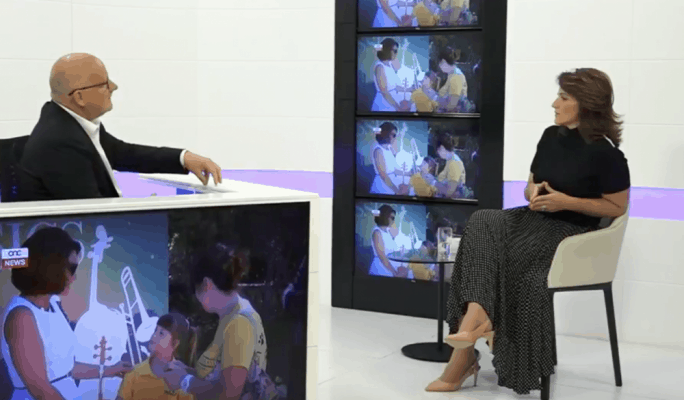 Previous:Caruana Galizia family files constitutional case after suppression of their freedom of expression
Next:THE SUNDAY TIMES: Send it back