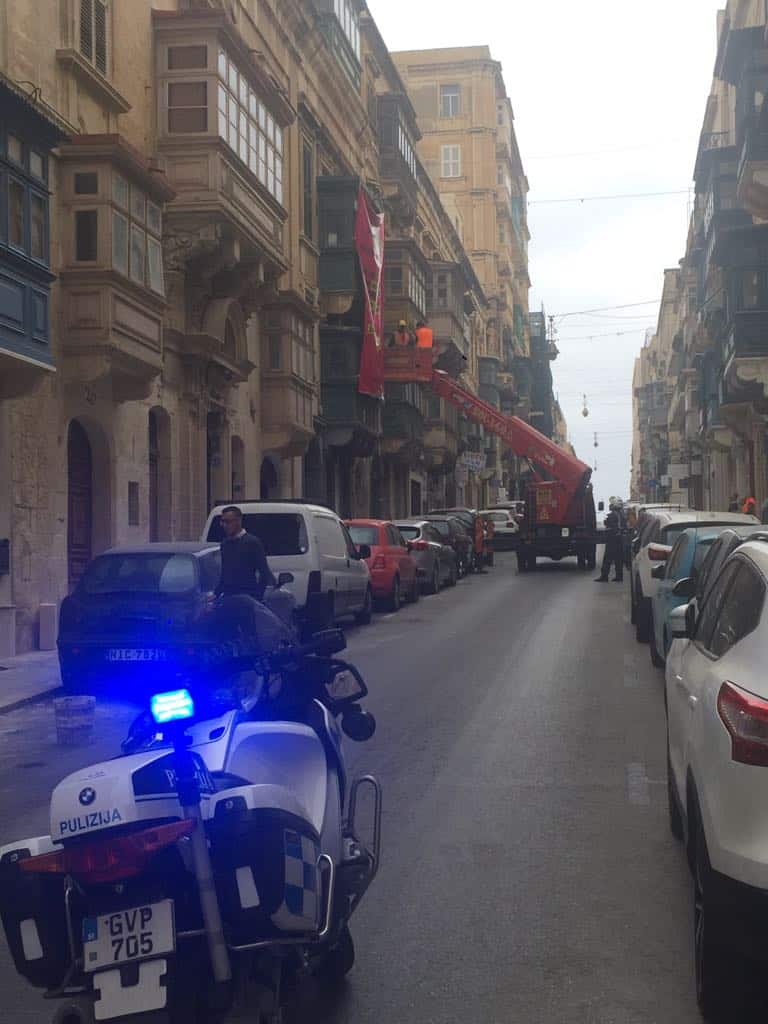 The government has been pushing the boundaries of its power for sometimes. During the last 8 months it has moved with unseemly haste to remove banners and posters of protest on baseless legal pretexts.

A pair of such banners were raised by Daphne Caruana Galizia’s sons and husband asking “Why aren’t Keith Schembri and Konrad Mizzi in prison, Police Commissioner? Why isn’t your wife being investigated by the police, Joseph Muscat? Who paid for Daphne Caruana Galizia to be blown up after she asked these questions?”

When the first banner was removed within a week of it showing up on the front of a private property in Old Bakery Street, Valletta, the Caruana Galizias raised another one with the same message adding “This is our second banner. Our first got stolen.”

Within 12 hours the government removed it.

The constitutional case was filed on behalf of their clients by lawyers Therese Comodini Cachia, Eve Borg Costanzi and Jason Azzopardi.

Someone has to put up this fight. The saddest bit of all this is that the family who lost their wife and mother to a car bomb end up having to step up to fight for the right of the rest of the country to protest.