We have a problem here 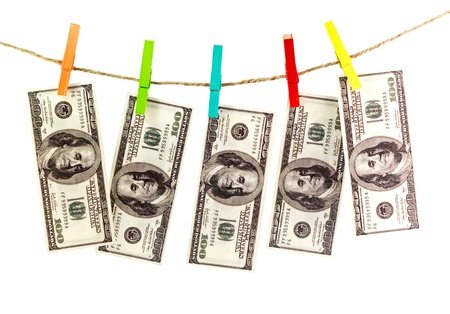 It is one thing for the Finance Minister to adopt the role of a promoter of Malta’s interests and seek to paint a pretty picture of things. It is altogether another to behave like a second-hand car salesman and strong arm the customer into disbelieving their very eyes.

Edward Scicluna’s letter to the Financial Times admonishing them for carrying the European Commission’s severe concerns about Malta’s passport scheme is symptomatic of just how bad things have become.

His primary argument is that the Financial Times failed to carry Joseph Muscat’s spin that the conclusions of the Egrant inquiry amount to a clean bill of health for him and Pilatus Bank.

As more is discovered about Ali Sadr, Joseph Muscat’s government continues to protect him. And they continue to undermine the work of enforcement agencies in seeking to take action, albeit delayed, on the goings on at Pilatus Bank.

Of course, it was never Aaron Bugeja’s job to investigate whether Pilatus Bank laundered money. And Aaron Bugeja made it repeatedly clear he would not go outside his brief. He did confirm, from the little we have seen of his report, that the Aliyev children banked at Pilatus Bank. And that’s just a taste.

The Malta Independent’s report of Edward Scicluna’s letter says the Minister neglected to remind the Financial Times of several suppressed FIAU investigations finding wrong-doing at Pilatus Bank. Not to mention the indictment of Ali Sadr in the United States that is quite a character reference for the bank’s owner.

There’s a wider picture to this, and it’s very worrying indeed.

Consider the news leaked by the government yesterday identifying the Maltese company that is alleged to have laundered money for Venezuelan President Nicolas Maduro and his family.

The source of the leak, no doubt a light bulb moment for Kurt Farrugia, thought the leak would help deflect any criticism on the government.

What were the messages in the leak? First, we know about the case, the US prosecution did not catch us by surprise as in the Pilatus case, and the FIAU has been acting on this. It’s under control.

Second, this company has nothing to do with Pilatus and no connection to the government, so this is not an extension of the corruption allegations on Joseph Muscat et alia.

Third, the company was set up in 2011 when Labour was not in power yet. If there’s been a failure of due diligence here, it’s the Nationalists’ fault.

Now here are the real observations that need to be drawn out of the Venezuela money laundering story.

Second, this issue did not start when Edward Scicluna came to office. It would be naive to think so. Listen again to this October 2017 interview the BBC had with Jonathan Benton who advised the British Prime Minister on corruption and headed the International Corruption Unit of the UK National Crime Agency. Too much money passes through Malta with too little prosecution, almost none whatsoever, not to acknowledge there is a serious money laundering problem here.

Third, this issue has become progressively worse since Labour came to power. The protection of Pilatus Bank that continues even now, the undermining of the police with the replacement of its leadership with cronies, the intimidation of whistleblowers, the dismissal of FIAU investigators for merely doing their job: all these have reduced our law enforcement to a sick joke.

And this is happening to facilitate corruption. Back to the words of Jonathan Benton in October. “Malta has a serious problem of money laundering. You cannot have this scale of money laundering without corruption in politics. There cannot be confidence in the judicial process, the independence of judges and the rule of law. It is surprising this is an EU member state. The passport scheme of Malta is part and parcel of the big corruption structure of Malta. The FBI should be sent into Malta to investigate corruption. The UK Government should examine what is coming from Malta. We need to do something about it”.

Fourth, if we cannot prevent money laundering with the services we provide, consider the nightmare ahead when we become “the first jurisdiction in the world to regulate blockchain technology”. Again we are publishing laws that look impressive on paper, but nothing appears to be happening to equip our law enforcement agencies with the skills, technology and resources to weed out crime.

And clearly, this is happening by design.

Previous:Ranier Fsadni: We are not the isolated ones
Next:How Mossack Fonseca wiped computer and phone records to hide its clients from enforcement agencies