If you are the type to walk around town fearing you might be blown up, you no longer walk around town. Fear of imminent death is in itself a form of execution. It is a classic Mafia tool.

Speak to any journalist who has worked in Italy and they will tell you that the method of Daphne Caruana Galizia’s killing is plotted on the blueprint of the executions of Judges Giovanni Falcone and Paolo Borsellino. Those were intended to do more than eliminate them. They were intended to scare off their colleagues.

This interview Jonathan Ferris gave the BBC some time ago reveals somehow the frame of mind of someone living in that fear.

And Maria Efimova persuaded two Greek courts in a row she lived in fear of her life.

You have to try to imagine how that sort of mental condition determines how one behaves, what one says and does, how one reacts.

There is no single pre-determined reaction. One day you lash out, the other you withdraw in silence and despair. A series of sleepless nights cloud your judgement and isolation and loneliness breed suspicion and frustrate any ability to trust and know who your friends are.

I am describing the intent of those who use the example of someone’s killing in order to intimidate others: the reactions they hope to achieve, the mistakes they hope to provoke, the fear they hope to create.

Look at this meme making the rounds of social media today. You can dismiss it as humour in poor taste, a product of someone’s extraordinary lack of the milk of human kindness. Maybe that’s what it is. 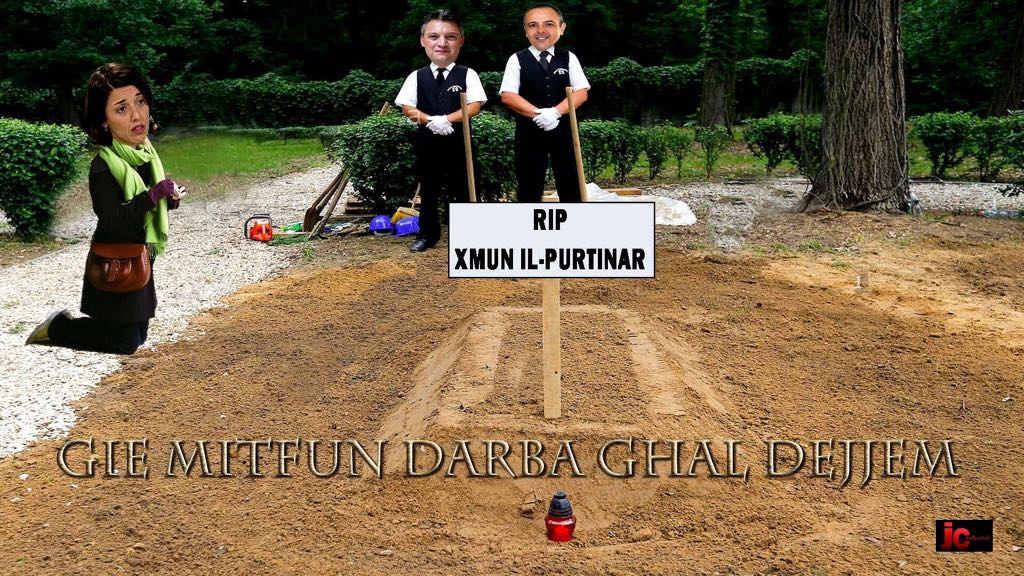 Or maybe it’s something else. One other heckle from the roadside telling Simon Busuttil he is a dead man walking.

Combine it with Glenn Bedingfield clamouring to have Simon Busuttil’s security detail withdrawn.

Combine it with the conspiratorial fiction perpetrated by the prime minister framing Simon Busuttil as some mastermind from the James Bond universe caressing his cat as he schemes to take over the world.

Combine it with the effort of Simon Busuttil’s own political party to corroborate the accusations levelled at him.

Combine it with the years-long dehumanisation mission perpetrated against him by the Labour Party media.

Combine it with the fresh and recent memory of the elimination of Daphne Caruana Galizia.

And then, it stops being poor taste. It becomes a full-blown threat. This is where we want you.

Previous:G Leone Ganado: The investment adventures of Keith Schembri and Aaron Bugeja’s conclusions
Next:Magistrate Aaron Bugeja: “not my job to find out who owns Egrant”