Posters in the street 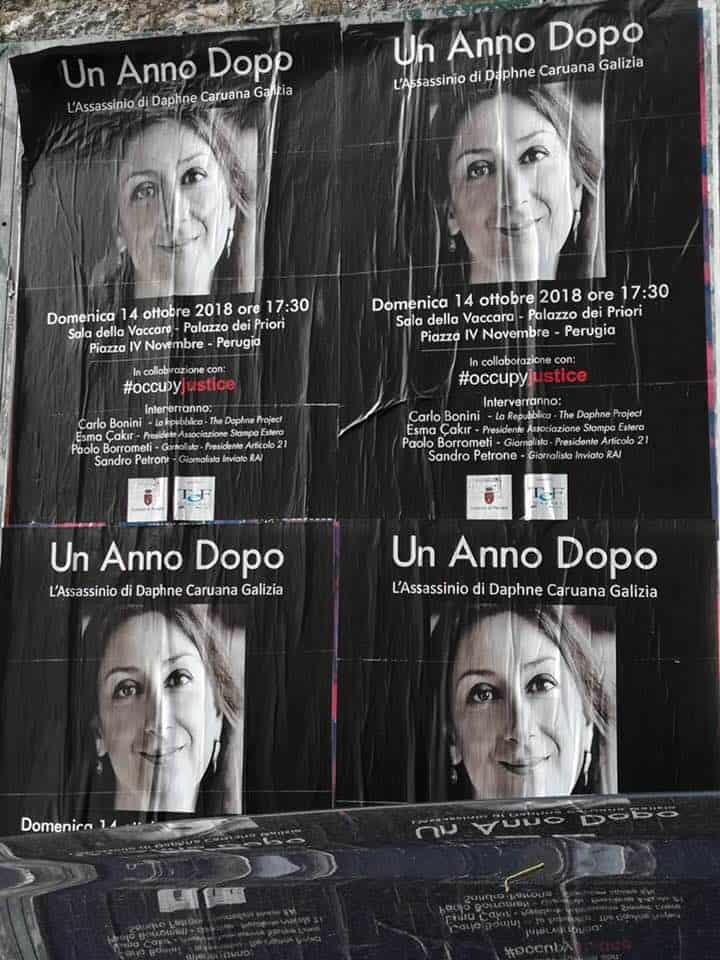 Look at these posters hung on the streets of Perugia. Owen Bonnici is not sending Ministry officials to remove them at night. The same way protest banners are removed here within hours of being nicely tied with plastic cables ties to railings. The same way paid for posters, on billboards that have advertised beer and burgers for years, are struck down during the night. The same way flowers and candles are trashed the moment they are left there by protesters.

In Perugia, as in many other places around Europe, activists can advertise events commemorating Daphne Caruana Galizia’s life and her brutal assassination without fear of censorship, let alone reprisals.

Meanwhile, Malta continues to slip in world rankings on freedom of speech. I have trolls taunting me that I cannot complain about freedom of speech in Malta because I have not been arrested, imprisoned or tortured for being critical to the government. Will they even realise if it gets that far? It’s not like they look worried since a journalist was blown up in a car bomb here.

The fact of the matter things you were free to say or do in Malta in 2013 are today a magnet for retribution and censorship.

The fact is we have been slipping every year and in this country, it is becoming harder to say something that does not ring nicely to Joseph Muscat’s ears.

Edward Scicluna would tell his now notorious South American taxi driver this is all perception, like corruption.

Except that if his taxi driver was in Perugia he would have to tell him why in her own country posters like these cannot hang in the street without immediate removal by state action.