For the benefit of readers of this blog who do not live here or speak the language, I am translating here a report on the Labour Party’s “news” website published earlier today.

A month-long campaign against Malta takes off 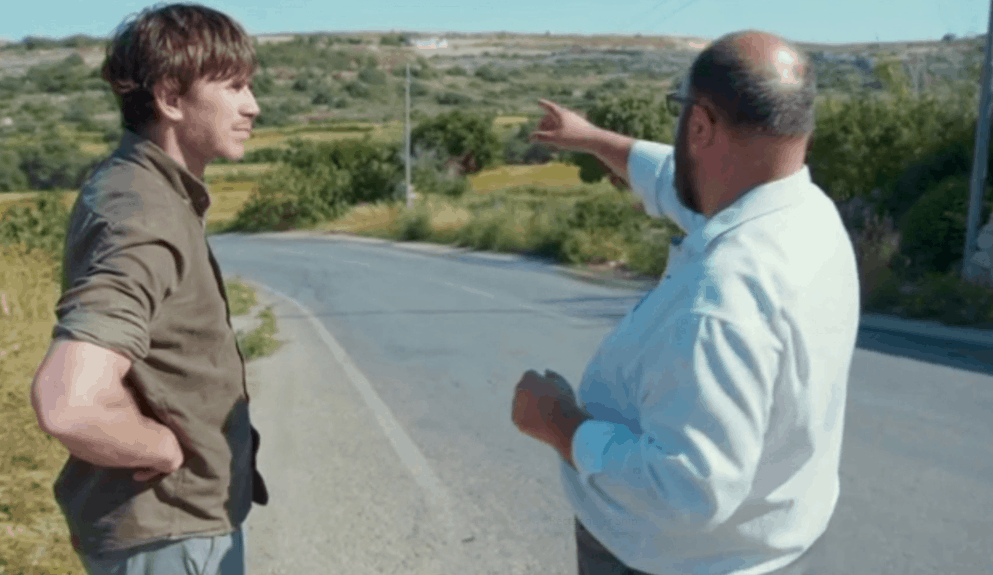 “It conditions the way you work. The way you think about your own country.”

October will have an intense campaign against Malta in the international press. Coordinated by Occupy Justice people and people close to them in the Nationalist Party, this campaign will include with prominence blogger Manuel Delia. Though not alone.

The emphasis is expected to be on topics such as money laundering, citizenship by investment and the killing of Daphne Caruana Galizia. Though not just. It is clear that all that could throw the Government and the country in a bad light will be included.

In a feature that played only one side of the story, Delia said that people that arrive in Malta acquiring citizenship by investment rent garages.

Delia drove the journalist to Bidnija. When he told the story of what happened the day Daphne Caruana Galizia was killed he repeated what the police said in the courtrooms when they arraigned three people accused of the murder.

One News can confirm that this is but one of a series of features that will be broadcast in the coming weeks with Manuel Delia and other persons making huge efforts to have better features than this one.

Indeed the same group is bringing over to Malta the BBC’s John Sweeney to speak about the subject.

The agreement is for every feature that might appear against the Government would be a message that Daphne Caruana Galizia would have enjoyed and therefore to memorialise her this month they must carry a feature against Malta in the international media.

But this is very serious. I tell all the journalists that ask me to give them interviews that by even talking to them I am branded a traitor. It may sound like something from John le Carre but here treason has been redefined.

One News has today shown this photo of me betraying my country pointing to an ‘Ingliż’ where a journalist I knew and admired was killed. And they have reported that I will commit this treason repeatedly this coming month.

Indeed I am. Journalists from all over the world for the last year have been refused interviews or had their questions acknowledged by the prime minister of Malta and anyone working for him. Journalists from prestigious worldwide publications have been told by the government, on the rare occasions when it has replied to their request, that they would be willing to speak to them on condition that Daphne Caruana Galizia is not mentioned.

I feel it is my duty to my country to answer with candour questions about what goes on here. Not everyone here is a disciple of Joseph Muscat. This is not North Korea. We are not marching smiling and waving hysterically at the great leader. Some of us, a few of us, defy him still.

I refute the accusation that by speaking the truth on Malta, I betray my country. I owe my loyalty to law-abiding citizens who work hard and pay their taxes.

But I will make no secret of the fact that Vincenzo Romeo of Nitto Santapaola’s family, Francesco Martiradonna, the Ndranghedista of Calabria and others laundered their mafia money here, just because it’s inconvenient for the picture postcard image of Malta Joseph Muscat wants to impose.

I will not hide the fact that Putinistas Arkady Volozh, Boris Mints and Alexander Nesis now call themselves Maltese while having no connection to this country but are identified for sanctions by the US treasury.

I will answer questions truthfully and to the best of my ability no matter what One News would rather I did or did not do.

But I know that as I am branded a traitor on One News, today and every day, the danger I live in is real. One News gives me two options. To shut up and comply with the official story spun by the great leader and hide from the questions of the world, or to face the consequence of not complying.

Perhaps the limit of the consequences I face is the vile slander, the name-calling and the insults on Facebook and the heckling in the street as I walk around town with my children.

But the fact that a journalist has been blown up in Malta not even a year ago “conditions the way you work. The way you think about your own country.”

As does the Labour Party’s media.