And now that the international press has flown out 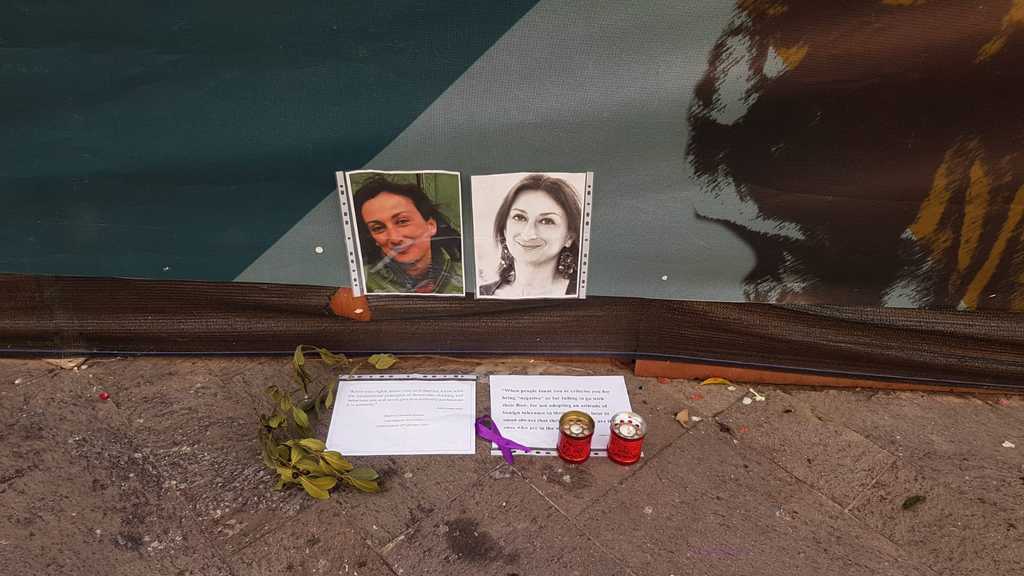 Our democratic government has again censored the protest memorial in Valletta. The assurances given by the Prime Minister to international press freedom NGOs that the matter would be reconsidered had the longevity of the Munich Agreement and the sincerity of the Prime Minister as that of the proponent of that deal.

They waited until journalists and press freedom lobbyists flew out of the country and they chucked their protests and that of Malta’s civil society in the bin. Even the wreath laid by the Leader of the Opposition. No exception was made.

But you know what? The protest continued this morning with a fresh start.

We may be boring, pesky and annoying. But that’s why we don’t give up.

Previous:Snort
Next:GUEST POST: Afraid of those that break the law