Anġlu Farrugia may be on to something 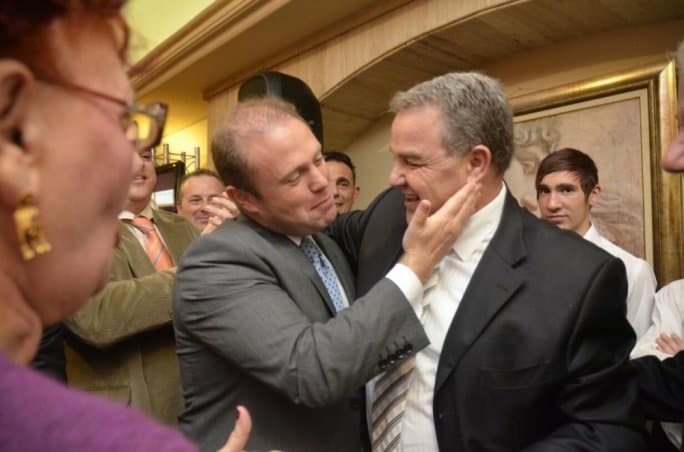 You know, the man, strangely enough, maybe on to something.

He says Karol Aquilina’s demand of Joseph Muscat regarding the Egrant inquiry is inadmissable “because the Prime Minister is not answerable to Parliament (in this matter) and he had a private interest (in it)”.

The Prime Minister is head of the government and therefore in principle answerable to Parliament in all matters pertaining to the executive branch for which he has overarching responsibility.

I say this because Anġlu Farrugia has accepted Karol Aquilina’s identical question put to the Justice Minister. If he has not applied the same reasoning to the same question put to someone else, then clearly Anġlu Farrugia does not believe the question in and of itself demands information for which the government is not answerable to Parliament. He thinks the executive must answer.

MPs often get confused which minister to ask what. Sometimes the lines of responsibility are a bit blurred and a question is asked to the wrong Minister. The standard reply to these questions is the rather unhelpful ‘Please put your question to the relevant Minister’.

A bit like playing Mastermind, the inquiring MP is told he asked the wrong Minister but is not told which is the right one to ask.

None of this ever demands the specific intervention of the Speaker.

Bear with me, I’m getting somewhere with this.

If the real reason the Speaker intervened is not the fact that the question was asked to the wrong Minister (as the Prime Minister can never be the wrong interlocutor of a question the government must answer, as it were) it is the second half of the Speaker’s motivation that is really the substantive reason for Anġlu Farrugia’s blocking of Karol Aquilina’s question.

“This is a matter in which Joseph Muscat has a personal interest”. Here Anġlu Farrugia is absolutely right. I don’t mean “right” in the sense that I think his decision to block the question was correct. I think that is just petulant and unjustified protection of his party boss.

When that individual is actually a Member of Parliament you have a classic conflict of interest. Anġlu Farrugia fished this out. Joseph Muscat cannot be asked to speak in Parliament about an investigation into himself. It would be improper for him to speak about an individual case, especially if the individual concerned is himself.

And yet there he was yesterday — Joseph Muscat — all combative accusing this and that of lying about him in just the case the Speaker ruled he should not be asked to speak about. “He has a private interest”.

Without the Speaker’s protection, Joseph Muscat argued in his private interest in utter contempt of the basic decency of allowing the Chamber to discuss the matter without the dubious benefit of his obvious bias.

The same bias that had the Justice Minister transform himself in the personal attorney of a person under investigation.

The same bias that had the Prime Minister use his lawyers to determine the terms of reference of an inquiry into his conduct excluding questions and inquiries that could have caused him massive embarrassment.

The same bias that has the Prime Minister use his personal lawyers to redact a report of a Magisterial inquiry he has no authority to edit, but does so for his own convenience and will publish when the timing best suits his personal interest.

What you have here is the capture of our state institutions by personal interests. And even Anġlu Farrugia could not bear the stench.