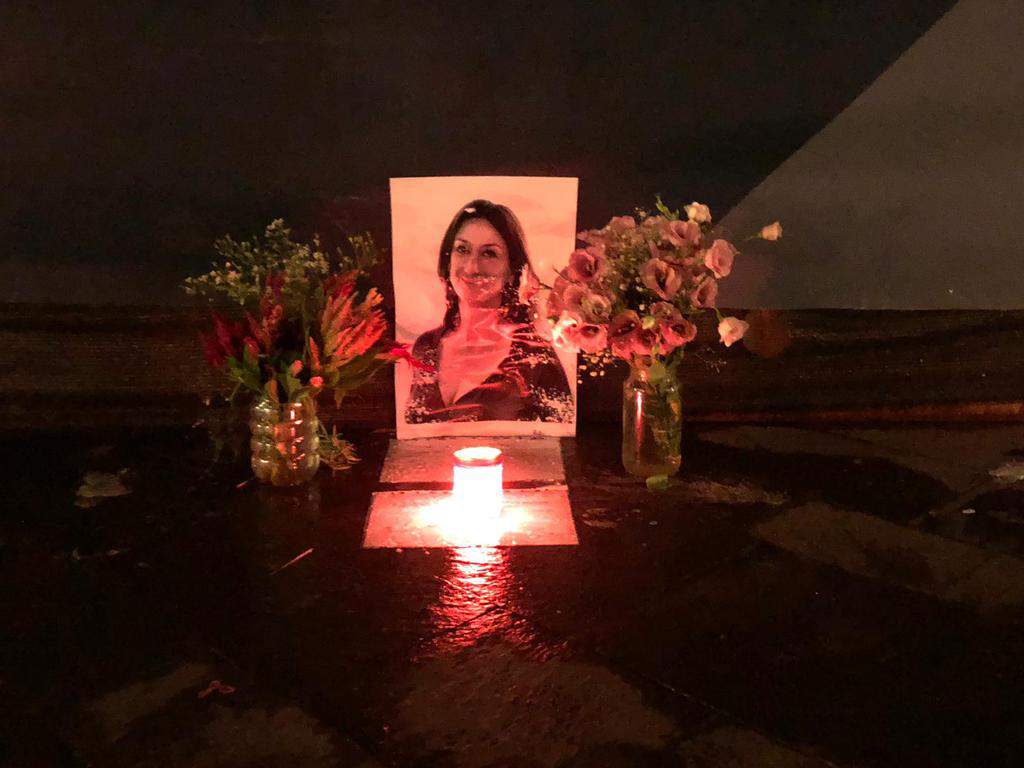 Valletta, the evening of 5th October 2018, before Owen’s droogs walked by.

From Eddie Aquilina’s article in this morning’s Times of Malta:

“Surely Bonnici knows that the first minister to resign in Slovakia when Jan Kuciak was killed was the culture minister. There was no suggestion he had anything to do with the assassination. But, that minister had said, it is the duty of the Minister for Culture to protect free speech. If a journalist is killed under their watch, there must be an assumption of some responsibility.

“True Slovakia has a longer democratic tradition, a deeper sense of pluralism, a broader understanding of accountability than Malta has. We had barely emerged from under the iron curtain when we duly dove behind it again. But for Bonnici to lead the charge of cancelling the memory of Daphne Caruana Galizia, suppressing protest, and dispatching vigilantes by night to wipe out any sign of protest at her death, is the ultimate perversion.

“They say Caruana Galizia was divisive. She may have been. Hers was not a religious mission. She was a journalist and her job was to be a thorn in the side of the powerful. Our powerful are used to the fluffy cushions of partisan idolatry which made her stick out. Until she did not anymore. As he orders every photo of her in circulation removed and binned, Bonnici knows that for corrupting his office of Justice Minister, Caruana Galizia would be giving him unenviable grief right now.

“If she had still been alive. No wonder he cannot hide his glee she is not.”