Edward Scicluna, was the hope drunk? 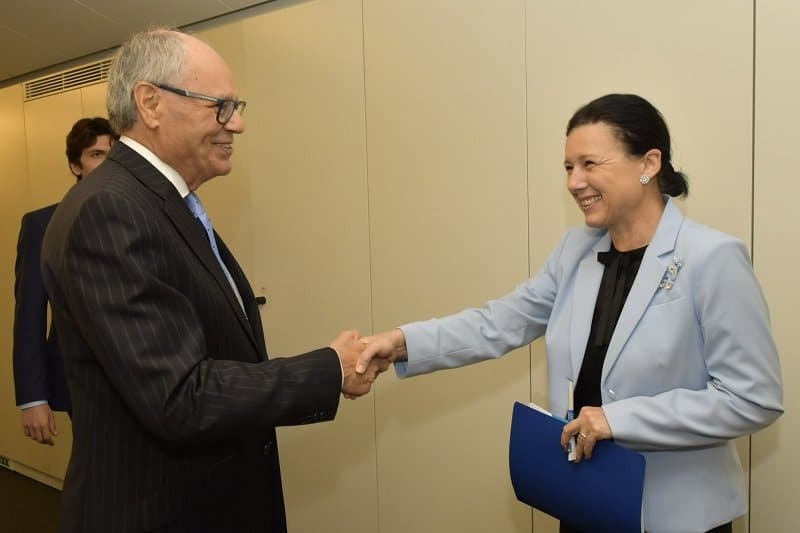 Read this extract from this morning’s digest (Brussels Playbook) in Politico. I’m reproducing here but here’s the link to the original.

“DIPLOMATIC INCIDENT I: Malta’s Finance Minister Edward Scicluna was unpleasantly surprised when he opened Wednesday’s newspapers and read this FT story. In it, Justice Commissioner Vĕra Jourová announced she’s preparing to issue a binding order to Maltese authorities about how they should tackle money laundering in the country. Jourová intends to issue a “formal opinion,” thus far a rarely used tool, on what Malta’s financial intelligence unit (the financial conduct regulator every EU country must have) should do to address shortcomings revealed by the European Banking Authority in a July report.

“No notice: Jourová didn’t tell Scicluna about the impending order during a meeting they had on Monday, he told Playbook on the phone late Wednesday. “I would expect something important like that to be brought up in such a meeting,” he said, “but I learned about it from a newspaper.” Scicluna said he was “very transparent” and brought a lot of paperwork, “even confidential information” to the meeting with Jourová, which he described as “very pleasant,” but “at no point did she say she was going to take action against Malta.”

“Triple checking: An EU official briefed on the Monday morning meeting suggested the Maltese, amidst all the material they had brought and explained, missed Jourová’s signal that she would take action. Scicluna said he asked his aides whether his assessment of the meeting might have been tarnished by the fact that it was his first appointment of the week. “No,” was their answer. Malta’s financial intelligence unit “is still waiting for feedback” on the technical level about their reply to the EBA’s July report, Scicluna said.”

‘We’re taking over, the European Commission told the Maltese Minister and his crew. You messed up and we have no confidence you can fix this. You have done nothing to convince us you have the will, never mind the capacity, to stop the laundering of money in your country. You’re harming all of Europe with your neglect and you’re not to be trusted. Now get out of our way.’

And Edward Scicluna says he and his crew did not pick the message up. They thought Vera Jourova was impressed by his charts and numbing figures. While she was thumping on the facts. How subtle could she have been?

Hey profs, this is diplomacy, not your golf club: when they smile at you and shake your hand it does not mean they think you’re a fine chum.

And you know, Minister Edward Scicluna — the other noddy of this government made of corrupt criminals and comatose witnesses — even if you were distracted last Monday and you had that meeting only after your third coffee, the world has been saying this to you since the Panama Papers were out.

Here in Malta you get droves of people — the majority of the country even — to ignore what is slapping them in the face. When you try to get away with that with the rest of the world you get people knocking about laughing.

I’m told some actually were knocking about laughing in the corridors of Brussels this morning, after reading this piece in Politico.