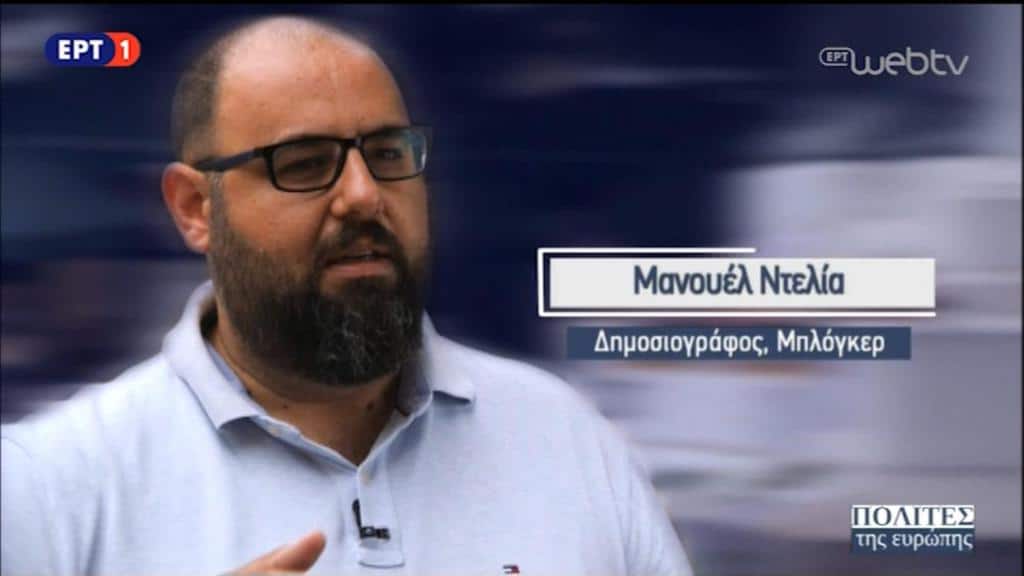 Greek National TV ran a documentary the evening before last about independent internet journalism and included a segment about this website.

The blurb for the documentary says:

“It is the dream of many journalists, but there are few who dare it. Being able to practice their profession without commitments from some businessmen-bosses and without being obliged to respect the obligations usually imposed by the media’s dependence on advertising as the main source of revenue. Over the last few years across Europe, the internet has provided a platform that allows groups of courageous youths, “Reporters Without Bosses”, to dare to do such a venture.

“Something that, in addition to the financial difficulties of starting out and attempts to gain the confidence of readers who are bombarded daily by fake news that flood the internet, is often dangerous, as demonstrated by the sleazy murders of journalists-journalists Jan Kuciak in Slovakia and Daphne Caruana Galizia in Malta.

“Kostas Argyros was in the offices of such new independent Internet media in Slovakia, Austria, Germany, Malta, England and Italy. And, discussing with Reporters Without Bosses, with columnists and analysts, they found that many of these projects proved to be viable and functional, despite any initial difficulties. It is enough for journalists to show readers from the beginning that they respect their audience and try to give them information that will not be limited to the surface of things, but they will analyze, refine and enlighten unknown aspects of the events.”

The Malta segment starts at the 25th minute. Watch it here.

Previous:Why did the PN not ask Joseph Muscat to whom did Egrant belong?
Next:MFSA answers: a receptionist is taking your calls