Expats in the gaming industry worst hit by Satabank shutdown 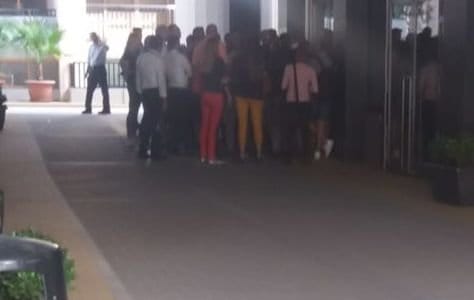 Employees of the gaming industry are among the worst affected individuals by the current freeze on withdrawal from Satabank accounts. These employees are expats who were unable to use any other retail bank in Malta without insurmountable bureaucracy and restrictions on higher risk business.

Satabank was considered as the go-to retail bank and new employees of several gaming companies were often referred to the St Julians office of the bank as part of their induction process when first settling into the country.

The MFSA has received communications from several Satabank clients asking whether their deposits at Satabank were guaranteed. MFSA has clarified with clients that e-Money accounts are expressly excluded from the Depositor Protection Scheme. An e-money account is an alternative to a bank account that allows the client to make online money transfers to other registered users in the e-money system as well as other banks using the SWIFT or SEPA money transfer systems.

Satabank clients are also approaching Ernst & Young who have been tasked by the MFSA to supervise the banking operations in order to apply for withdrawals from their bank accounts.

Ernst & Young will seek to limit the risk of a run on the bank by limiting withdrawals and by prioritising clients starting with individual customers first.

On the eve of the bank’s takeover by the regulator, a subsidiary of Satabank, Leopay, appears to have been ring-fenced away from the toxic principal bank. Customers of Leopay have been contacted by email to send payment instructions for their deposits to be transferred out.

Leopay is on an online payment service that appears to still be in operation in spite of Satabank being placed under administration.

In the medium term, the closure of Satabank will put considerable pressure on the gaming industry as its employees will need to find practical solutions for their daily banking needs.

The Satabank debacle is also another blow to the reputation of our regulatory structures and the ability of licensors to filter out problematic businesses to prevent these situations. This is the second bank licensed in Malta in 2014 to be out of business by regulatory intervention less than five years after the start of its business.

Previous:The State that ignores its own
Next:They give the Nobel Prize. We sell Passports.