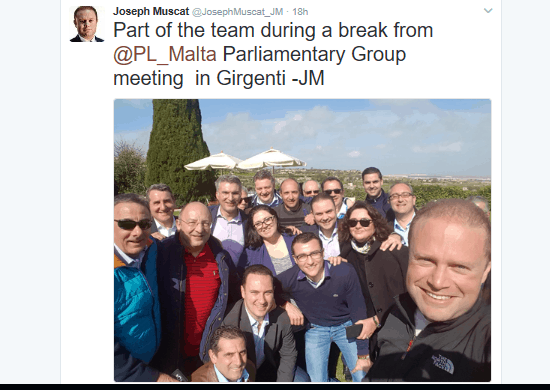 It has been reported in the media that former Parliamentary Secretary Deborah Schembri, who failed to get elected in the last election earns about €160,000 a year through public contracts awarded to her by direct orders. In the contract with Identity Malta, she is required to go through 50 files a week, and in a contract with the Office of the Prime Minister, she is to work 35 hours a week. This is quite apart from the hours she has to work as a consultant to the Planning Authority and as Data Protection Officer. Time flies when you’re multitasking.

Edward Zammit Lewis former Minister for Tourism, who made it to parliament by the skin of his teeth earns a fee of €100 per hour as a consultant to Identity Malta, apart from his salary as a member of parliament, which if I am not mistaken amounts to around €22,000. This is the man who was negotiating the sale of our national carrier, Air Malta to Alitalia for the princely sum of €1. Alitalia was insolvent at the time. He is also the man whose ministry paid the sum of one million euro to the owners of the private plane that allegedly ferried a suitcase carrying clothes belonging to Ali Sadr Hashemi Nejad, the Chairman of Pilatus Bank from Malta to Baku. And he still gets paid €100 per hour for providing consultancy services. As somebody once said – if you’re not part of the solution, there’s good money to be made in prolonging the problem. Keep calm and call Edward.

With all due respect, this does not make any sense. The Prime Minister, the Ministers and the Parliamentary Secretaries attend to the business of governing the country. They take all the decisions right or wrong and the buck stops with them. MPs attend parliamentary sittings and take part in debates, period. Their extra-curricular income is just icing on the cake; money for nothing.

Now politicians are human. They have over-inflated egos. They actually talk themselves into believing that they are in politics to serve. Some, like Deborah Schembri delude themselves that they are in politics “to bring about change in people’s lives by making improvements through the legislative process”. They lie, they spin and they connive, but they are human and humans are envious of other humans who earn more money than they do for doing less. So how come this lot are not envious of their colleagues who are making as much, if not more money than they do, without the responsibilities, the effort and the hard work? Weird!