GUEST POST: Of course it’s in the public interest, and even more in the interest of PN members

I’m not going to copy here the incredible statements I am getting online or in my private mailbox. Nor will I dwell on the fact that I now understand where the myths of Daphne Caruana Galizia’s “hate blogging” and “wishes cancer on children” come from. Apparently, I’m cut from the same cloth though certainly not for anyone who has actually read what I wrote. Here’s someone who gets it. This was sent in by a long-standing PN campaigner and strategist whose opinion might matter to those who think Adrian Delia’s marital issues should be of interest to no one and the fact that I published is symptomatic of “hate”. 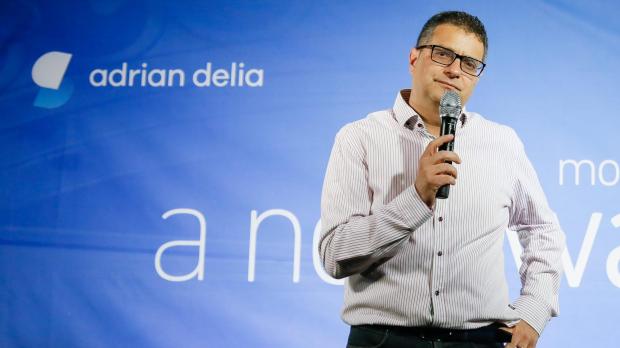 The news that the Leader of the Opposition’s is separating from his wife is in the public interest because of the way it might affect his conduct in a high office of state, the positions he occupies, and the Nationalist Party he leads.

Firstly, a separation process is a difficult one and might be a substantial distraction from his duty towards the country, that is, in our parliamentary system, not letting Government ride roughshod over Parliament. One had to admire the guy on Monday and yesterday delivering his speech on the budget and listening to the Prime Minister yesterday. But it won’t always be like that.

Secondly, what might come out in the separation process can harm the offices he occupies, both that of Leader of the Opposition and that of Leader of the Nationalist Party. However much we might hope it won’t be acrimonious, it might be and this will impinge on both offices he holds. This is not a static situation; it is dynamic, it can change, and one partner in question is not a private citizen. There are grounds for separation and if they come out in the public domain, it might impinge on the posts he occupies and the PN.

To know about this separation is even more in the interest of PN members. Nickie Vella de Fremeaux was present in Adrian Delia’s leadership election campaign and since. Both were wise to leave their children out of it, except in taking his oath of office last October. But Nickie was there throughout.

She has also publicly commented on the conduct of one of the two most important people in Adrian Delia’s coterie, Pierre Portelli. It was Nickie who saw fit to comment publicly. She might yet comment even more. A public war of words between the estranged wife of the Party Leader and the Chairman of the PN’s media company can only harm the PN, as it has already done.

The Nationalist Party has standards Labour hasn’t. You can’t go telling people that we’re the Party tal-Kattoliċi u l-Latini in your very first mass meeting and then tell them that the separation process from your wife, which might lead to divorce, is just a private matter. It’s not.

We repeatedly heard the mantra from Delia’s camp: il-Partit fuq kulħadd. Which means that the Party’s interests are way above the private and personal interests of the person who might be leading it at the time, and his acolytes’ too.

This separation process is certainly a huge distraction for Adrian Delia himself who should be concentrating on the New Way which we were promised a year back.

Secondly, this process will certainly affect the Nationalist Party itself. Adrian Delia’s acolytes have been very active in stuffing the Party’s bodies with his yes-men. We saw that in the stupid decisions they took after Magistrate Bugeja created more questions than answers when he couldn’t tell us who owns Egrant. The fact that there has recently been a rapprochement with Simon Busuttil is proof enough that the Party’s Administrative and Executive Committees were just rubber-stamps on the 22nd July.

Those same bodies should tonight be meeting to ask the Party Leader how this separation process might pan out and how it might affect the Party less than seven months before important European and local elections when the PN will be facing an existential question. How will he deal with it? Will this be an out-of-court settlement? What are the grounds for separation? The answers to these questions should enlighten these PN bodies on decisions to take.

Yet, the fact these two bodies are acting as if nothing has happened is proof enough that the Nationalist Party has become Adrian Delia’s tool rather than a political party with its own ethos and standards, independent of whoever is leading it at the time.