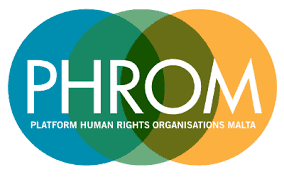 Twenty-two international NGOs and Malta’s human rights organisations Aditus, Integra Foundation and the Platform of Human Rights Organisations in Malta, backed the call for a public inquiry into the assassination of Daphne Caruana Galizia.

The call was made in a letter delivered today to Prime Minister Joseph Muscat. The organisations represent between them thousands of journalists and human rights activists worldwide.

The organisation backed the call to establish a public inquiry under the Inquiries Act that is completely independent of the Maltese police, Government and politicians, and that is conducted by a panel of respected international judges, retired judges and/or suitably qualified individuals with no political or government links.

The letter was also signed by Aditus, Integra Foundation and the Platform of Human Rights Organisations in Malta widening even more to consensus and support for the call for a public inquiry first made by Daphne Caruana Galizia’s family.

The prime minister has, before receiving today’s letter, ruled out an inquiry.