Prosit-proset, Ministru, for your reply to my article published last Monday which described in detail our conversation of Tuesday 18th September 2018, only days after you gave direct orders for flowers and candles to be removed from the now barricaded monument in Great Siege Square. Oh, you ordered that to be boarded up, too, didn’t you, without so much as a permit in sight for its supposed restoration?

A banner was also removed from the hoarding which now surrounds the supposedly much-cherished monument which you’ve swiftly obscured from everyone’s view. This banner which, you told me, required a permit, bears one single word: Ġustizzja. Justice, Owen, justice, for which, supposedly, you take responsibility.

Your understanding of justice is as perverse and distorted as the reply you posted on your Facebook page. Here it is, reproduced in the original Maltese so the accuracy of my translation can be verified:

Dialogue is essential to democracy.

Indeed, Owen, indeed it is. However, your opening sentence hampers dialogue by imposing the interpretation endlessly repeated by the propaganda machine that not only sustains the government you serve but which is, paradoxically, its defining essence.

Your very first sentence is a paragon of propaganda. The value-laden reference to ‘this woman’, a condescending remark reminiscent of Tony Zarb’s misogyny, infuses your ensuing depiction of who and what ‘this woman’ is: somebody ‘who stopped to tell me a bunch of things against the government and in favour of Daphne Caruana Galizia.’

Despite the grammatical clumsiness of this relative clause, its ideological sweep is astounding: ‘against the government’ is unquestionably aligned with being ‘in favour of’ an assassinated journalist. Leaving aside the problematic issue of how one can be ‘in favour of’ a dead person, ‘this woman’ (me) has been deftly categorised within the binary, divisive and illogical logic which constitutes the Orwellian Newspeak of the Labour Party. To quote from Orwell’s book:

‘the Party would announce that two and two made five, and you would have to believe it. It was inevitable that they should make that claim sooner or later: the logic of their position demanded it.’

Orwell’s words are very much our living present as the claim that two and two makes five is paraded around by Labour trolls as well as their political representatives who dole out the fodder which they dutifully, and in a semi-literate style worthy of those they adulate, regurgitate.

Two and two make five is what Bonnici uses when he conflates criticism of the government – something encouraged in a healthy democracy – with its stipulated alternative: siding with ‘the enemy’ who in this case, as in all cases defined by the state logic of this dictator-led republic, is Daphne Caruana Galizia, demonised and vilified as much in life as in death.

Again, I’m reminded of 1984 in which the character of Goldstein, a character who may or may not actually exist, is held up as the supreme enemy of Big Brother and thus the exemplar of all that is evil:

‘The programmes of the Two Minutes Hate varied from day to day, but there was none in which Goldstein was not the principal figure. He was the primal traitor, the earliest defiler of the Party’s purity. All subsequent crimes against the Party, all treacheries, acts of sabotage, heresies, deviations, sprang directly out of his teaching. Somewhere or other he was still alive and hatching his conspiracies: perhaps somewhere beyond the sea, under the protection of his foreign paymasters, perhaps even so it was occasionally rumoured in some hiding−place in Oceania itself.’

Substitute Caruana Galizia for Goldstein and Malta for Oceania and you’ll see what I mean. 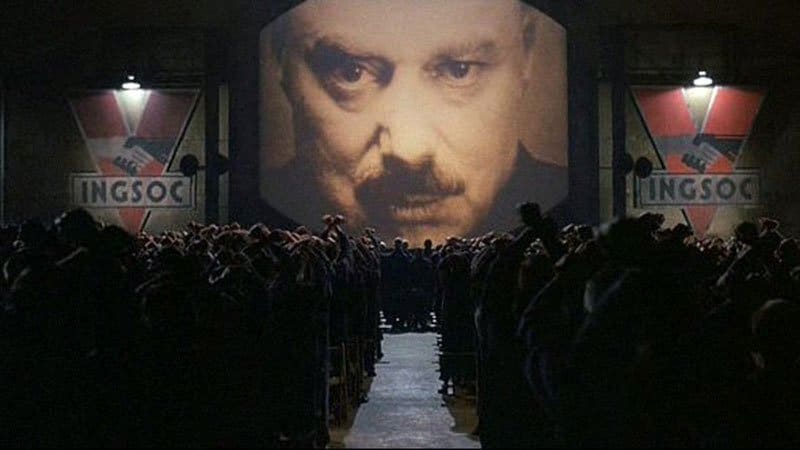 Talking of substitution, Bonnici’s dismissive reference to ‘this woman’ was elided with the hate figure created and immortalised by the Labour Party in the very name of Daphne Caruana Galizia. Like alchemy, this tried and tested spell worked its devious intent. The fawning fans came out in droves to heap praise upon the minister’s head and castigate the evil female who interrupted his placid walk through Valletta with his daughter, the very mention of the latter conjuring up further images of ‘this woman’ as some wicked stepmother.

I’m a mother, Owen, but I’m not a politician. If I were and spending what must be snatched time with my daughter, I’d prioritise my child. You were busy on the phone when I approached you politely and signalled my desire to speak with you. I had no idea you were with your daughter – not that it’s my responsibility to be aware of this – and you gave no indication that you were not alone. None, Owen. Not so much as a nod in the direction of wherever she was nor a knowing smile or words of apology when you began your ‘democratic dialogue’. To all intents and purposes, you daughter, quite simply, did not exist. And I’m talking from your perspective, Owen, your perspective as her father, a father who gave not even the slightest hint to a stranger that his daughter was anywhere near.

So let’s correct a few more of your inconsistencies, shall we, Owen? I didn’t tell you ‘a bunch of stuff against the government’. I spoke to you about issues such as freedom of expression, the right to protest, the fact that if I were Joseph Muscat, I’d want to prove my innocence by naming the owner of Egrant and displaying my phone records in court. If you position these matters as being ‘against the government’ then you’re exposing the fact that your government represses freedom of expression, tramples on the right to protest, and protects those who should be under criminal investigation by means of a costume drama where the roles of top police officers and judges are played by your paid and paid-up devotees.

It’s interesting, too, that both in our actual conversation and in your published response, you’re the only one who makes reference to Daphne Caruana Galizia. Why? Because this fits in with your myopic and totalising logic in which criticism of the government becomes synonymous with an assassinated journalist, a self-fulfilling logic fuelling the demonisation of the same journalist so that by the time she was murdered, this process was complete. This is why a police sergeant could ‘celebrate’ her death on the same day she was blown to pieces. This is why it’s ‘acceptable’, in a ‘democratic European country’, for people to assert that ‘she deserved it’. This is why you pathetically avoided giving a direct answer at that press conference in Holland when asked for your opinion on Jason Micallef’s barbaric behaviour.

Just as Macbeth was haunted by that blood-stained dagger, so, too, your continual need to mention Daphne Caruana Galizia’s name speaks volumes, almost as ‘voluminous’ as the 1,500 page report which you demanded be e-mailed to you by the Attorney General just days after your boss, the Prime Minister and the subject of this inquiry, had received his own copy to pore over with his lawyer. But then you’re his lawyer, too, aren’t you, Owen? And his wife – who may or may not be the UBO of Egrant – is also your private client.

I was oblivious to this during our encounter in September but you weren’t, were you, Owen? You waved the conclusions to the magisterial inquiry in my face like some flag of victory while ‘accusing’ me of ‘believing every word Daphne Caruana Galizia wrote’. Yet all the while, you had a copy of the full report at your disposal. All the while, you were pretending to administer justice on behalf of the citizens of this country and all the while, you were administering justice to the man who keeps you in your job, the same man who swore to leave ‘no stone unturned’ in the search for the assassins of Daphne Caruana Galizia while using the highly dubious Egrant inquiry to try and crucify her, and other critics of this government, yet one more time.

‘Dialogue is essential to democracy.’ Was this what you told the Prime Minister, Owen, when, as Minister for Justice and Culture, you were representing his personal interests in a case accusing him and his wife of activities for which Keith Schembri and Konrad Mizzi have already been exposed: massive money laundering?

Dialogue opens up the space for critical discussion and democracy is where such things take place. But presumably as Minister for Justice and Culture, you already know this, don’t you, Owen? It’s instilled in your code of ethics. Isn’t it?