MFSA: out for the day

One bank they regulate is under administration because its owner is indicted in the United States and is the guest of the FBI. Pilatus Bank: check.

Another bank they regulate is in control of an auditor because of money laundering breaches and its customers need to prove they are desperate for their money before they’re allowed to access their accounts. Satabank: check.

You would think these are busy days at the MFSA. They will be fielding phone calls from clients from all over the world and from intermediaries in Malta calling on behalf of the bigger ones. What’s happening in Malta? Is everything under control? Is money safe there?

Some calls the MFSA missed come to me because people google and find my site and ring the number there. Someone called me this morning after reading a report in yesterday’s Financial Times about LeoPay (an associate company of Satabank). The UK paper says “the case raises concerns about regulation of digital start-ups offering financial services in the UK”. 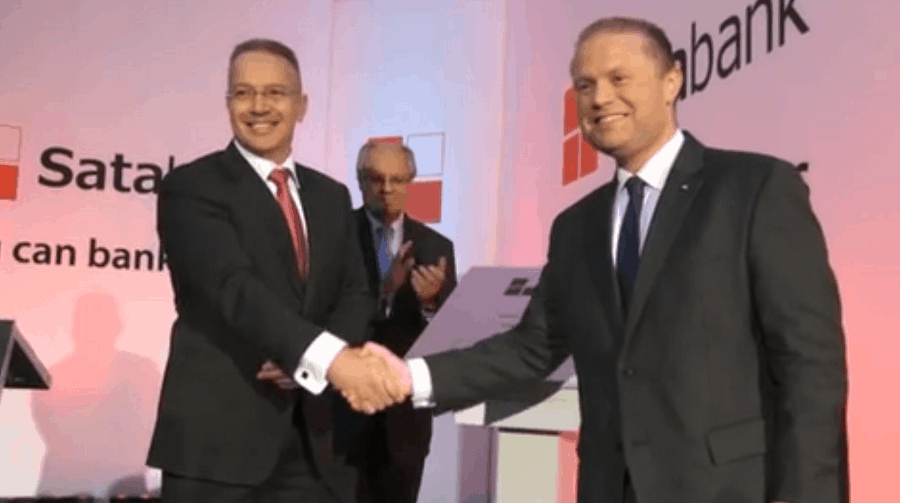 The guy who called me this morning asked me how is it the prime minister of Malta publicly endorses problematic bankers? How is it that Malta licenses bankers to operate in the UK (and all of Europe) without properly checking them out?

And the big question of the day: how is it no one answers the phone at the MFSA?

This morning the MFSA took its staff out for the day and shut down its entire operation without any advance notice. Let the bastards ring. They’ll give up at some point. We’re off for a spot of team-building.

Local intermediaries were told of this a couple of days ago while the Satabank crisis fallout was about their ankles since Saturday. Here’s an image of the information notice they sent out. If a client calls you to ask why where their money is, tell them we’re out early for the weekend. Maybe we’re here Monday again but who knows? We may need to build our team a little bit more. 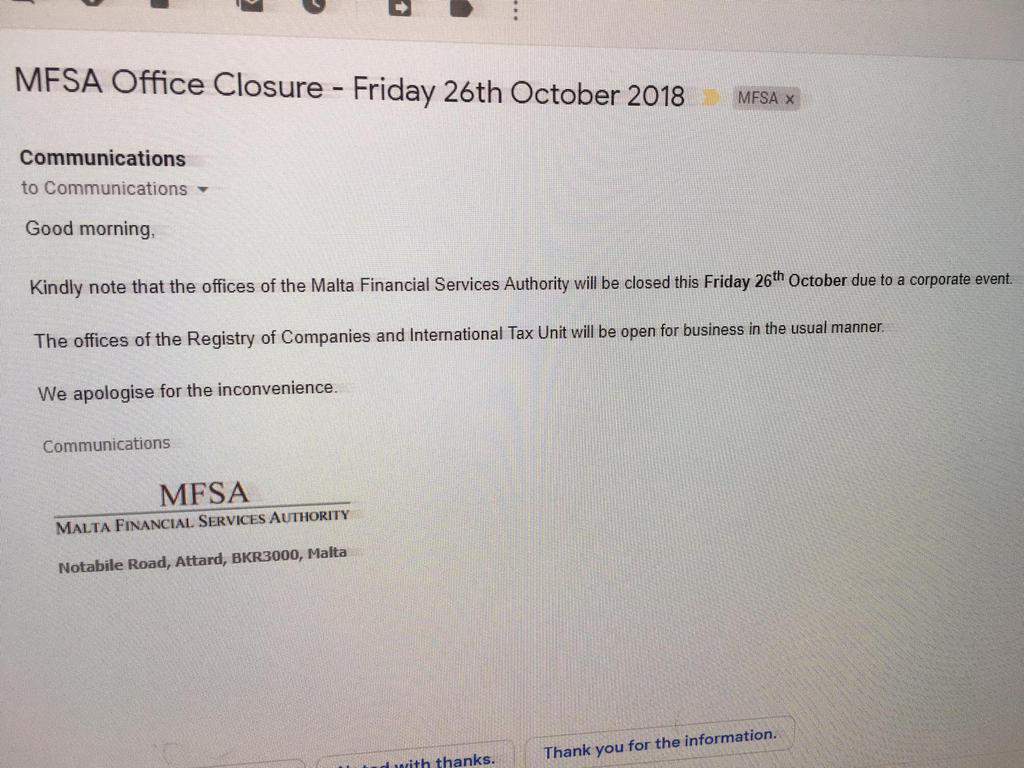 Previous:Chris Cardona’s memory
Next:Why did the PN not ask Joseph Muscat to whom did Egrant belong?