Prime Minister, you can’t be neutral in a lawsuit against your government

The prime minister does not work for a different government than Owen Bonnici. So he can’t be neutral in a court case between a private citizen – me – and his Minister for Culture. His comments to the press today saying it was for the courts to determine whether a protest in front of the Law Courts should be allowed to continue is hypocritical and deceitful. 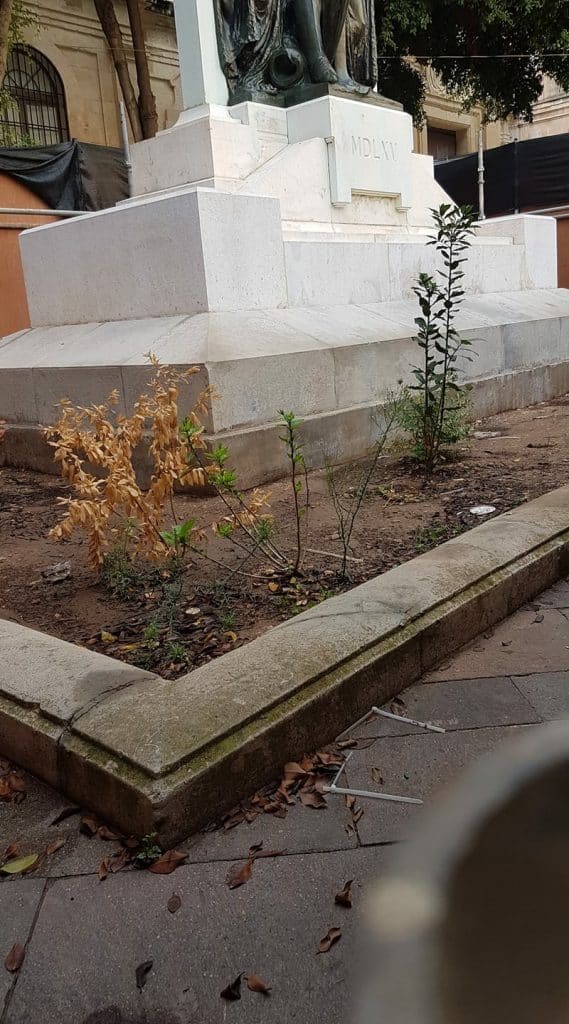 The ‘restored’ memorial still behind hoarding for no valid reason.

He has already taken a very clear position on the matter way before the courts were asked to rule. His government suppressed the protest and he is responsible for his government’s actions. His government is defending those actions in courts. He is not “waiting for the court”. He is telling the court why I and anyone else do not have the right to protest with pictures, candles and flowers in front of the court.

“As a Prime Minister, my position is to let the rule of law run its course,” he told Times of Malta.

That may well be what you say but it is the opposite of what you do, prime minister. That is indeed my claim in front of the court. That you have acted to interrupt the legal exercise of people’s free right to protest. Repeatedly. Spitefully. Consciously. And cowardly hiding behind Owen Bonnici whom you today hang out to dry like he was some litigating party in a civil suit you have nothing to do with.

The courts do not “decide whether a makeshift memorial to murdered journalist Daphne Caruana Galizia can remain or not”. The courts decide whether you – your government – are breaching freedom of speech by disallowing it.