Teachers know something about standing up to bullies 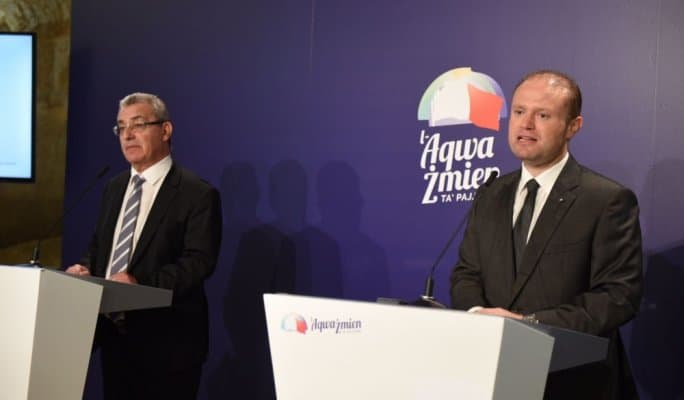 The Union of Teachers has forced the government to withdraw its reform package from Parliament. As Evarist Bartolo himself said, this is probably unprecedented. It’s not unheard of for a Minister to claw back on some rushed through legal notice. But ditching a legislative package that has made it halfway through the Parliamentary process is a reversal of mammoth proportions for the administration.

If you think about it the MUT did not just force the hand of government. It forced the hand of Parliament too. We hadn’t heard much clamour about this law package from either side of the House and now neither one will be voting for or against it.

The government is walking away scalded by this experience. It is not used to the sort of firm resistance it has seen at the hands of teachers this time around. Usually, mobilising enough political allies within a sector works. The rest is done by demonising their targets and teachers are a relatively easy target for the whip.

Evarist Bartolo saw this one slip out of his hands very quickly. And he’s been dealing with teachers long enough to know that another day of calling them lazy, spoilt, unprofessional and half-day workers would drive the rift to a point of no return.

There’s a clear failure here of the legislative process. The tools for social dialogue, the open exchange of political discourse, the openness to disagreement from which one can learn and improve even on the government’s grand schemes have atrophied in the current atmosphere of swift imposition.

The government is used to have its way, right or wrong, so it never really learnt to negotiate its positions with others it expects to wallow at its feet.

In a normal democracy, you would not go as far as opening up in Parliament such a complex package of legislative reforms without first securing buy-in from the stakeholders. The country is not as besotted by Joseph Muscat as he would like to think.

His revolting self-confidence when he tried to walk away from the poker game without flinching when his bluff was discovered, rightly had the MUT draw the line.

‘Withdraw your strike and we’ll withdraw the reforms,’ Joseph Muscat told the MUT expecting he was speaking to the sort of blathering sycophants he is used to kicking in the face in exchange for gratitude. They gave him the only answer he deserved: they walked out of the room.

Treat us like infants and we’ll show you what you’ve missed from your education, the teachers told the prime minister.

And like a scolded bully at the school mistress’s office, he lost his self-satisfied grin and silenced his arrogant bluster and crawled back to his cave where he belongs licking his wounds and dusting the thrashed legislative proposal.

After the MUT’s stand this week, it is likely that others will take courage from the realisation that they can stuff their erbgħin elf. It is still useful when it becomes necessary to say ‘no’ to the great Joseph.

Previous:Prime Minister, you can’t be neutral in a lawsuit against your government
Next:Do they need another Constitutional Court decision to point out the obvious?