Where was Chris Cardona? 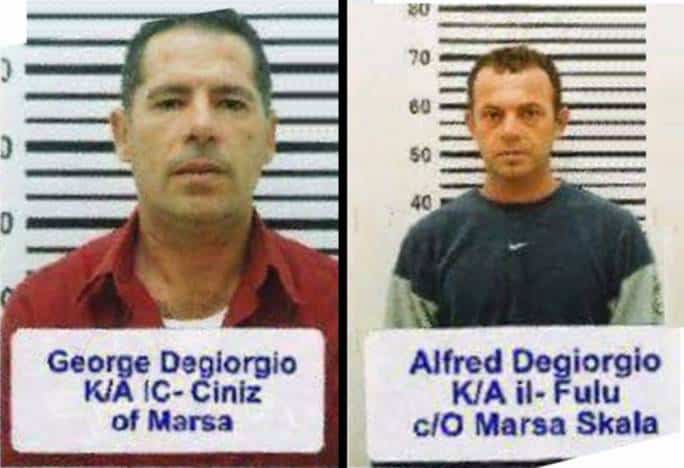 When Keith Arnaud, the police inspector in the investigation on who killed Daphne Caruana Galizia, was interrogating Alfred Degiorgio he took il-Fulu through the devastating evidence they had to prove he killed the journalist.

Keith Arnaud showed Alfred Degiorgio the police had all the answers. Records of SIM card purchases, the movements of phones, records of communications on the phone, images of him on the boat in the harbour, everything they would need to put him away for murder.

But Keith Arnaud had something he could still not figure out. On the day of his arrest, Alfred Degiorgio knew the police were coming for him. The dog he kept with him at their potato shed haunt was no longer there. His mate Vince Muscat dumped his phone in the water just before the arrest. Iċ-Ċiniż no longer had his phone either but he scribbled his girlfriend’s number with a pen on his hand.

All signs they had been tipped off about their arrest on that 4th of December 2017.

In April 2018 France 2 and the Daphne Project reported that Chris Cardona was seen with Alfred Degiorgio at the now notorious Ferdinand Bar in Siġġiewi the evening before their arrest.

Chris Cardona had issued this statement in reluctant response:

“1. With reference to the published footage, the minister categorically denies that he was present at the bar on Sunday 3 December 2017, a day before the arrest of the individuals accused with the murder of Daphne Caruana Galizia.

“3. The minister clarified that he does visit the bar in question on Saturdays or Sundays when football matches are played and broadcast on TV and has been doing so for several years, even before becoming a minister.

“4. The minister reaffirmed his comments made yesterday to newspaper Times of Malta where he denied being ever at the bar with the suspects.

He told Keith Arnaud as much in a ‘voluntary interview’.

The statement is replete with contradictions. But it also has some categorical statements. Given Keith Arnaud’s legitimate suspicion that Alfred Degiorgio had been tipped off about the arrest, one would have to assume he checked the facts in Chris Cardona’s statement.

Given the heat on Chris Cardona now he’s been found to have also met Alfred Degiorgio on at least one other known intimate occasion he never mentioned before, one would expect the findings of these presumed checks to be made known.

If he was not at the Ferdinand Bar on Sunday 3rd December 2017, where was the Minister instead? Has his alibi for that time been checked? Who is it?

Chris Cardona also drops the usual confundus charm by implying equivalence with “politicians from the Nationalist Party”. He did it in April and he did it again in Parliament this past week. Can he please name the politicians he believes to be connected with Daphne Caruana Galizia’s assassins? We’d love to ask them how they know them.

The reality is the facts known of the denied and covered up relationship between Chris Cardona and Alfred Degiorgio do not constitute evidence Chris Cardona is involved in Daphne Caruana Galizia’s killing. But it does materially prove something Daphne Caruana Galizia often wrote about: that the world of politics and the world of crime are too close to each other and a demimonde of amorality has been created where criminals who place car bombs and criminals who seek and obtain elected office benefit from each other’s friendships.

In her death as in her life, she holds up a mirror to the face of this country and forces us to see the ugliness we deny.

Previous:Jurgen Balzan on The Shift News: If their innocence is so obvious, why do they get so angry?
Next:Spin can sometimes be insufferable.