What’s left of the free press must fight this now 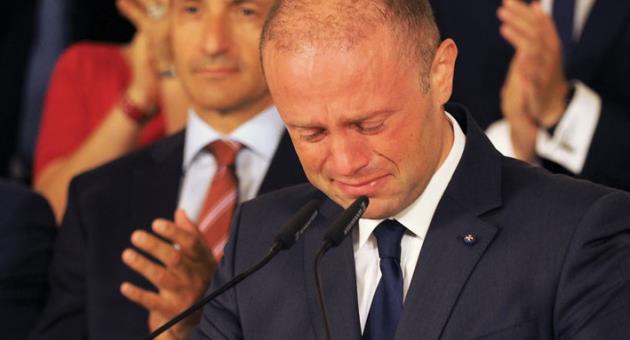 Yesterday I criticised TVM for agreeing to cover Konrad Mizzi events at which the rest of the press is not invited. Today Konrad Mizzi’s boss backed him. OPM told Times of Malta it would not interfere in Konrad Mizzi’s decision on which press he might invite and which he might leave out.

This practice used to be specifically prohibited in our press law in a clause that has not survived the recent changes. The old Press Act provided that “it shall not be lawful for Government to issue general instructions that prohibit the giving of information to any newspaper or licensed broadcasting service holding a particular view”.

They quietly removed that law and nobody bat an eye-lid.

To be fair that might be because just because that rule is no longer in the press law does not mean the practice for the government to choose which journalists to speak to and which to ignore is lawful. On the contrary, it is very illegal.

All news organisations working in Malta have a right to be invited to any events where anyone media organisation is invited by the government. This right is protected by the European Convention on Human Rights and by our Constitution that from its very first line establishes Malta as “a democratic republic founded … on respect for the fundamental rights and freedoms of the individual”.

The opinions of journalists or how cuddly they are likely to be to a corrupt Minister who wants to avoid them are no grounds for a government to withdraw its obligation to respect fundamental rights.

As I argued yesterday Konrad Mizzi’s behaviour — and the policy of Joseph Muscat’s government — in withdrawing access to journalists who do not fawn and cower in their presence is uncannily akin to what Donald Trump did when he withdrew credentials to CNN’s James Acosta for access to the White House because he did not like his line of questioning.

And CNN’s legal objections in court are based precisely on the grounds that make our own government selective access to journalists illegal.

The United States has case law that is being cited that supports the claim being made by the American press corps that if there’s an event where any journalists are invited, then the only good reason to exclude any other journalists is if they pose a physical security threat.

Europe too has case law that clearly shows Joseph Muscat’s government’s behaviour in selecting what press to invite when is illegal. The European Convention on Human Rights provides for freedom of information. This includes a right to receive information, not merely to impart it. The public has a right to be informed by the press of matters of public interest. And if Times of Malta, The Malta Independent, Malta Today, Newsbook and so on are left without access to Konrad Mizzi they cannot report on what he answered when he’s asked why he is still in office when his corruption has now been established as documented fact.

As the government of a country bound by the European Convention on Human Rights Joseph Muscat has clear obligations under the Convention. There is such a thing as a negative obligation, that is the obligation of the government not to act illegally or without justification to interfere with the exercise of freedom of expression. Including the right of people to receive information.

By withholding invitations for access to Konrad Mizzi to Times of Malta when an invitation is instead granted to TVM and One TV that can be relied upon not to question Konrad Mizzi about matters of national importance, Malta’s government is indeed interfering illegally and without justification in our right to be informed under the Convention.

There may be no specific case law to look at to sustain the argument that Joseph Muscat’s behaviour is a breach of the democratic principles of our Constitution but that does not mean it isn’t a breach.

There’s something else. This is not just the trampling over of rights of voters in Konrad Mizzi’s electoral district because they are denied the right to be informed their MP is corrupt. Nor is it just the rights of Maltese people.

The Electrogas contract is governed by EU law. It implements EU directives. It is regulated by EU supervisory bodies. EU tax-payers sustain this and the corrupt acts of Malta’s government are accountable to the entire European body politic.

What does all this mean? It means that Times of Malta, The Malta Independent, Malta Today, Newsbook and the rest should do more than complain or get the Istitut tal-Ġurnalisti Maltin to issue a press release complaining of discrimination.

After CNN sued the President of the United States for withdrawing James Acosta’s credentials, CBS, Politico, the New York Times, NBC, even FOX — the arch-conservative fan club of Trumpism — proceeded to take action in court.

Because they understand that this is not about James Acosta’s rights. This is about the basic functioning of American democracy which it is their duty to protect by any means available to them.

The Maltese independent press has just that responsibility. Editors must get together now and rush to the Constitutional Court to block the government from this new, unprecedented abuse of the fundamental right to information of Maltese and European taxpayers alike.

Joseph Muscat’s government necessarily needs to encroach on the free press. That’s the only way it can survive the facts the free press have revealed about it: the crime, the corruption and the impunity.

Several countries from around the world sitting at the UN periodic review yesterday warned us that our deteriorating state of free speech is a matter of concern. They couched that thought in diplomatic speak which in the context of the UN is notoriously restrained.

But here’s the message in clearer terms: they killed one of us — Daphne Caruana Galizia. They will not need bombs to silence the rest of us. They just need to lock us outside, discredit it us with the public, drive a wedge between us, and speak comfortably at the microphones they own.

And then they win.

Previous:TG2: Migration, trafficking and a government that does not answer questions
Next:Integra Foundation calls for removal of Konrad Mizzi and Keith Schembri