The author is a Maltese-American who has contributed guest-posts to this website in the past. 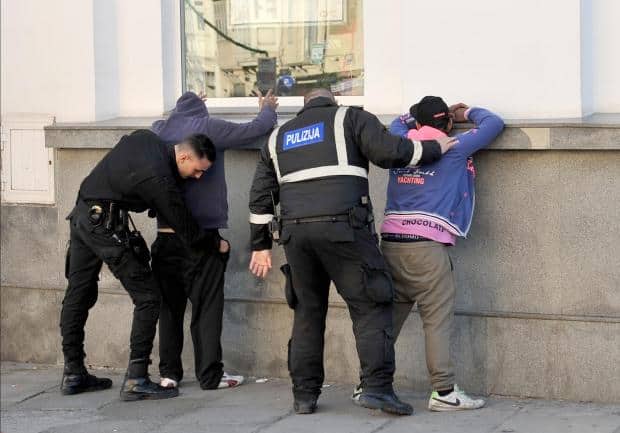 I can only hope these words find their way to an understanding heart. It’s a tall order in today’s world it seems. Most things written or stated are viewed through a lens of preference and bias to determine if you are an enemy or a friend. At this moment I make a plea to no one but my Maltese family.

The family that accepted me back at a young age after being born in Malta and carried to the United States only to return a few years later. I was Americanized no doubt and in traditional Maltese fashion I was given a fitting moniker by my friends: “L-Amerikan”. That was fine with me. I was just glad to be home. I may have been made American by exposure but Malta truly was in my heart and in my blood. You can see it here in an old poem I wrote for this blog one year ago. And here I am in the same position again, back in the states trying to find my way back home to Malta.

But things are different now. And they seem to be growing alarmingly more different on a daily basis. But this last turn of events is what has my heart broken. You see, in the US I’m a businessman as well as a spiritual man. I lead national sales for a Texas based tech firm and I also lead a Christian church. As a community church in a city of over 1 million citizens we put on events for young people in the community, feed the hungry, assist people in need. We do all of the things a church should do. The congregation of people that I serve the community with is predominantly black Americans. And it just so happens that my wife is black.

She is a beautiful and intelligent soul. She was a highly decorated United States Air Force service member. Upon retiring she embarked upon her lifelong dream of being a psychologist. She earned her Master’s and appropriate accreditation required in the US to serve in this capacity and opened her own mental health firm serving the needs of the low income and children in the foster care system.

She did not stop there. My wife is a consummate “go-getter”. Just last week after years of study, research, blood sweat and tears, my black wife defended her dissertation successfully to earn a PhD in psychology and become Dr Zarb-Cousin. We could not be more proud of her. She is an expert in her field, a field growing in awareness of its need in the world and she is trained and equipped to help the world with mental health.

See, our plan was to make the move to Malta once all of that was complete. I long to be back home and have managed to convince her that this is what we should do. Before coming to Malta for the first time I would always tell her, and anyone that I met that Malta was full of wonderful, kind people. I even had the Bible to back me up. The scripture records in Acts chapter 28 that St. Paul was received with great kindness by the people of Malta that were here. Over the years that was all you heard about when talking about Malta. It was the island that was so beautiful and the people were so kind. How much better can you get than word of mouth and the Word of God to back it up?

Moving to Malta was a welcome consideration for my wife. As a female African American in the United States she has dealt with her unfair share of racism in the very country where she was born. People assume she does not have the education she has and when she is in certain circles and certain events people think she does not belong until she verifies her credentials. Over the last few years, race relations in the United States have been the worst they have been in some time. Several African Americans have been killed by police officers while unarmed. A white male walked into a black church during their church service and simply shot 9 people during their worship. Every one of these events is a stark reminder of a reality that I do not have to face, that she has to consider every single day.

I have heard my wife once lament “No matter where I go in the world I am black.” We have traveled extensively all across the world and there has rarely been a place where something has not occurred that indicated to us how people felt about the colour of her skin or the fact that we are a happily married mixed race couple. Perhaps incredibly naively I always hoped and believed that Malta would be a place where she could be free from that. After all the people are so nice and they are good Catholics that believe that “God is no respecter of persons” as the bible they read states. It was the perfect idea. The thought of my wife being free from racial  strife in my homeland was a welcomed idea. And perhaps she could even put her skills and education to good use as the need for mental health professionals is being acknowledged even in Malta. It was a win, win.

And then the craziness started happening. It started with the Panama Papers. We watched around the world as the massive leak occurred and officials in various countries began resigning. Then to my shock it was revealed that two key and high placed officials in the Maltese government were shown to have secret offshore companies. Such disappointing news to hear but at least it was discovered and they can be removed or resign their positions. But that never happened. And to this day it still has not happened. It happened all over the world but not in Malta. “Why in the world would those two officials be allowed to stay in government?” my wife would ask me. I had no answer for her.

At this point she was paying attention to the news in Malta. After all this would be her home. One thing after the other, Pilatus Bank money laundering, Vitals Global Healthcare, selling Maltese passports, Egrant, and then Daphne Caruana Galizia was assassinated. This made global news and was covered on the evening news in the US where she first saw it.

These things were indefensible. What was I to say? It seemed like everyday it was something new. Things even became personal with my own family in Malta. My aunt’s home in Paceville was in disarray because of construction taking place all around her building. Rain began to leak into her home and the builders had the nerve to ask my 81 year old aunt to move. They asked her to leave the house she had been living in for over fifty years. The story was covered by Times of Malta and many speculated that the inconveniences were intentional in order to get her to move.

How could I convince my beloved wife to come to a place where all of this was going on? I showed her that there were people that cared and people were truly fighting for the good of the country and begged my wife to allow me to return and be a part of that fight. Malta was still in my heart and it was my desire to be part of the solution and not just complain about the problem. Amazingly she agreed. We would still go. This would be our next work together.

So in the midst of preparing to purchase a home the unthinkable happened. Something you only heard about in the United States. Something I would never dream in a million years would occur in Malta. A drive by shooting in Birżebbuġa. I was certain there was some mistake. Sadly I was wrong. Three black men shot, one killed, in what looked like a random shooting. I convinced my wife that this had to be a matter among foreigners. This was some issue of organized crime which we know happens every now and then. A drug deal gone wrong or some kind of cartel hit. “There’s no way this was a Maltese person randomly shooting a black person” I said. “Don’t worry babe, that’s not what has happened here” I reassured her.

How wrong it seems I was. It was even covered by the New York Times:

“Police said the attack was racially motivated and a source in the investigation said one of the suspects had admitted to targeting the migrants “just because they were black.”

I didn’t even know what to say. I still don’t. Not only were the perpetrators Maltese, they were members of the Armed Forces of Malta. My wife was a member of the armed forces of the US. Unfathomable doesn’t begin to describe this. I was drowned in shock and sadness. What now? If my wife happened to have been walking down the street at that time when those men drove by would she have been shot because she is black? How can I assume not? Are there others out there like her? How can I assume not?

My entire set of future plans is now up in the air. How could I ask my wife to come to a place where people are randomly shot for the colour of their skin, when we live in a place like that already? I’m full of anger and sadness. Malta has been inching ever closer to lawlessness with each passing story; with each blithe excuse; with each outright lie. It is not OK. Something possesses a man to think that it would be OK for him to commit such a heinous act.

Things are out of control. Don’t ignore it. The police are not in control of the island. Muggings. Every. Day. Robberies. There is crime at the top, at the bottom and all through the middle. This is a critical time for Malta. Make no mistake about it. If something is not done, Malta’s soul will be long lost. And it will be impossible to recover.

Malta, a place once biblically renowned for kindness, now known for kindness no more. A place where I once recently could not wait to return to, now I cannot even be sure it will be safe for my family to be. This is the reality today. And it truly breaks my heart.

Previous:WATCH: The EU and the rule of law: more bark than bite?
Next:Of course there’s political responsibility. Of course it won’t be carried.