Of course there’s political responsibility. Of course it won’t be carried. 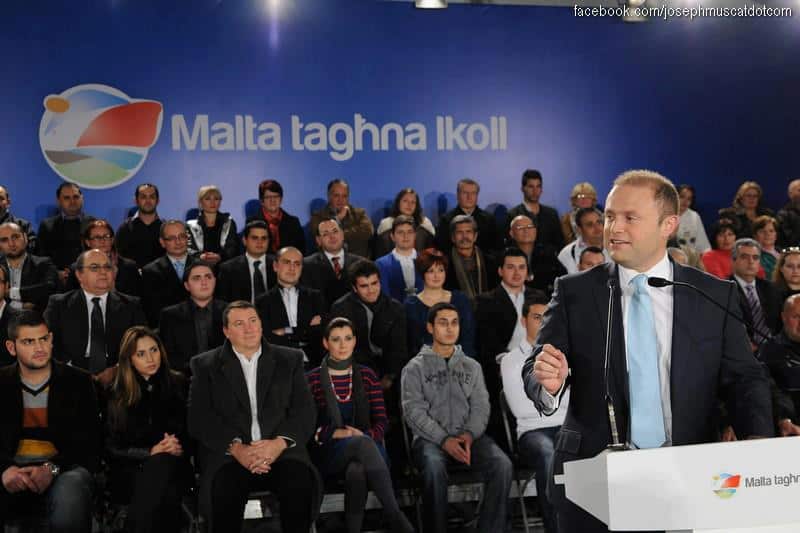 Joseph Muscat is trying to convince us the country is now catching up with his inclusive multiculturalism. Classical gas-lighting, he is forcing us to doubt our own memory because if were to remember what we know, we’d understand that the random shooting of black people by officials of the State is the predictable outcome of an explicit program of racial prejudice, discrimination and institutionalised hatred.

He wasn’t Prime Minister yet. Joseph Muscat stood next to Lawrence Gonzi answering yes/no questions fired by Herman Grech from the Times of Malta. “Do you agree,” the two leaders were asked, “with a policy of pushing back to Libya migrants arriving on boats?”

There was no ambiguity in that response.

Joseph Muscat took a hard-line and racist line. It was part of his electoral platform in 2013.

Everyone understood what he meant. Here are NGOs criticising him on the spot and warning of the dangers of his policies. And here is Norman Lowell praising them and professing his support to Joseph Muscat over them.

The European Court of Human Rights had to intervene to block the full implementation of his agenda. When it did so he conducted a policy of blocking black people from even landing ashore giving vent to discrimination on shore.

In this video that has been making the rounds, as Leader of the Opposition Joseph Muscat speaks in indefensible terms promoting policies that amount to ethnic cleansing. No black people on roundabouts. No peanuts, no monkeys.

With peanuts you get monkeys ~ Muscat??There goes you against yourself.

Within months of coming to office Joseph Muscat dismantled the ethos of the army. He adopted policies were recruitment is not based on the recruit’s character, discipline and personal record but on the basis of loyalty to Joseph Muscat and his policies. Clearly those policies include the institutionalised prejudice of black people.

Joseph Muscat is saying today there is no political responsibility that needs carrying in this case.

That is why he does not want an independent public inquiry. Because he knows the inevitable outcome of that inquiry is that he is responsible for policies that created the environment that made this killing possible.

Joseph Muscat has stepped in front today to brazenly lead us out of our own prejudices to eliminate racial prejudice. But he was the one to foster it and to use his power to implement policies of discrimination endangering people’s lives. Who knows how many have drowned in the sea because of Joseph Muscat’s policies never to have the opportunity to be shot point blank in the street after we promised them safety here?

Joseph Muscat’s record disqualifies him from providing any leadership in this moment that should in theory be of national crisis. His hypocrisy rules him out. And yet, there he stays.