Guest Post by a PN activist known to me: 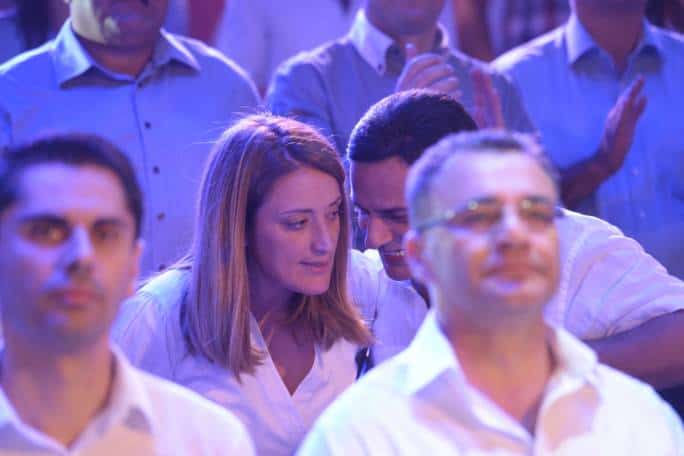 Let me spell it out for you. Adrian Delia is the biggest disaster the PN has had to face, ever.

Roberta Metsola and David Casa’s election shows that the vast majority of the PN electorate cares about corruption and, more specifically, the murder of Daphne Caruana Galizia and the pursuit of Justice for Daphne.

While you’re all busy patting yourselves on the back because Adrian Delia ‘inherited’ a problem and only lost 2000 more votes in comparison to 2017, what you are, shockingly, failing to comprehend (and that’s a naïve of putting it) is that there are thousands of voters who are the majority of your electorate who would NOT have voted for the PN if it weren’t for these 2 candidates on the PN ballot sheet. People voted for these 2 MEPs in spite of the leadership.

Let’s say this that my assessment is not completely accurate and be generous in presuming that only half of their voters would have not voted for the PN if it weren’t for these 2 candidates (by the way, on first count only) – that’s roughly 30,000 votes less, meaning that you’re heading into a general election where people are going to be asked to vote in Adrian Delia as their Prime Minister in 2022 with a 72,000 vote gap. There won’t be any reason to vote for the PN in 2022 in spite of the leadership if Adrian Delia is still the leader of the PN and another competent and clean candidate does not replace him, make no mistake.

Perhaps it would be more ideal to wait for the outcome of the Local Council Elections to get a better idea of the gap between the Labour Party and the Nationalist Party, and no excuses for Adrian Delia to remain at the helm will suffice then. It’s undoubtedly bound to be even more disastrous for the PN.