GUEST POST: The argument for multiple parties in Malta

Sent in by someone known to me. First-time contributor to this site. I do recommend you visit the sites marked as ‘further reading’ in the text. 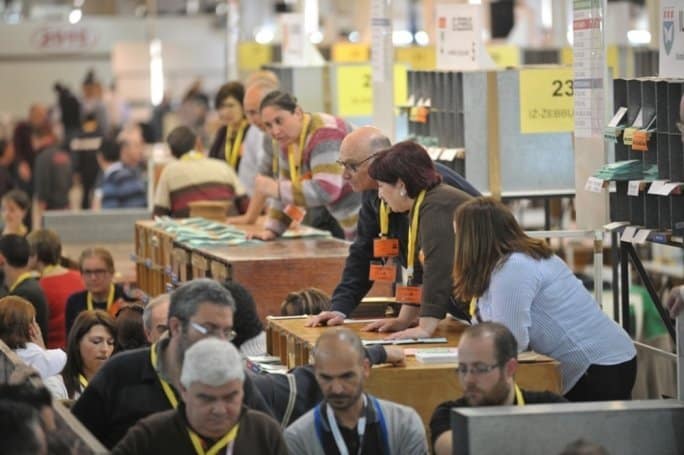 For as long as I can remember since independence Malta has never had a third party in parliament arguably until Partit Demokratiku came along.

I am personally a supporter of Repubblika, Manuel Delia’s blog and the Shift news only because there is no other real opposing voice. Not that I disagree with their effort but except for Repubblika I see in the rest the same strategy and the same way of trying to make a difference that has made changes but eventually failed us.

Unless we address the mental conditioning of the electorate the real change needed is not going to happen. Indeed, Repubblika is offering to do that. But Repubblika is a long-term project and we may need to look into fixing this broken system with instruments that are already there but we simply either never used them or have not really learnt how to use them.

Even just a very quick and simple Google search reveals details about this topic especially since the United States is one of the other few countries that has developed a two-party system. Should anyone even bother to read up on the subject two things will become instant glaring contradictions for Malta.

That an STV (Single Transferable Vote) voting system should have encouraged the emergence of multiple parties and that contrary to popular belief as a two-party system we are a minority.

Yet a simple poll conducted at various pubs around the island would give you the very clear unfounded wisdom that Malta should avoid having more than two parties.

Why? Because look at what happens in Italy would be a typical answer.

Understandably our collective experience being from such a small environment our minds does not travel any further than our immediate much large neighbour. But let us get back to this at a later stage and understand the possible reasons behind this.

First, the STV system creates more aggressive competition between candidates of the same party as opposed to competing with opposing parties since alliances help get a candidate elected. (Read more on this here).

Second the unfortunate hacking of the constitution to disallow ruling by a majority of seats. Here’s another first for any country. The party that obtains 50 plus one per cent yet fewer seats to govern gets newly created ones giving the winning party a simple majority in parliament.

Clearly, that has not really worked well for either Alfred Sant nor for Lawrence Gonzi’s government as we all know

We keep perpetuating this legend that it is in the country’s interest to support two parties even though we are fast approaching despotism. Imagine what would happen should come next election PL gains 75% of parliamentary seats. We might as well enshrine in our constitution mismanagement and this system of giving out jobs, handouts and patronage that keeps winning elections for the larger parties.

It is no longer a matter of waiting for the PN to come back to life and re-emerge from the ashes.

Should Dr Muscat deliver on his promise to resign there are at least two possible outcomes. Either power is maintained behind whoever replaces him to keep the party united, ruling indefinitely by proxy ala Putin.

Alternatively, the person who replaces Dr Muscat tries to cut ties with the past. Unless this person can guarantee these massive wins for the party one can only conclude that the result would create a power struggle that would potentially disintegrate the party. This last is highly unlikely due to the heightened survival instincts that large parties tend to acquire. If anything, the handouts would have to be doubled.

There is a very real and evident danger therefore that either the new PN will become a copy of the current PL or worse the PN becomes decimated to such an extent that the party loses its voice in parliament. Even the financial situation of the PN is a very serious cause for concern. A party with such a high level of debt can only mean one thing. That some large business or a group of large business may step in to bail the party out effectively becoming the real owners of the party.

Clearly, we need to stop stating the obvious and plan on addressing the situation. There is very little danger that Malta’s politics become so defragmented as to create the much-feared hung parliaments.

In any case, that situation may be easily addressed by adjusting for entry-level thresholds for parties. We must try and educate the population that a vote for independent parties is not a wasted vote. On the contrary, it is a vote for parties that do not require funding by big business and large construction companies.

Neither does the argument hold that voting for third and fourth parties would weaken the only other viable opposition. It’s PN today, it will be PL tomorrow but who is behind them are the same unelected puppet masters.

This coming MEP and local election between Partit Demokratiku, Alternattiva Demokratika, Arnold Cassola and why not Brain Not Ego appears decent and capable enough.

That’s a total of 8 MEP candidates.

Between AD and PD there will be 16 local council candidates.

Viewed from this perspective this is an impressive number in total.

Treated as one party given our STV system that could translate to at least a single win.

Given our history that could mean a seed that will grow into a bigger shift that has better chances of giving the people back a voice than our current PNPL prospects offer.