This is a 13-part series written by a team of writers known to me. The series will continue tomorrow.

Part 1: The Psychology of the Labour Movement 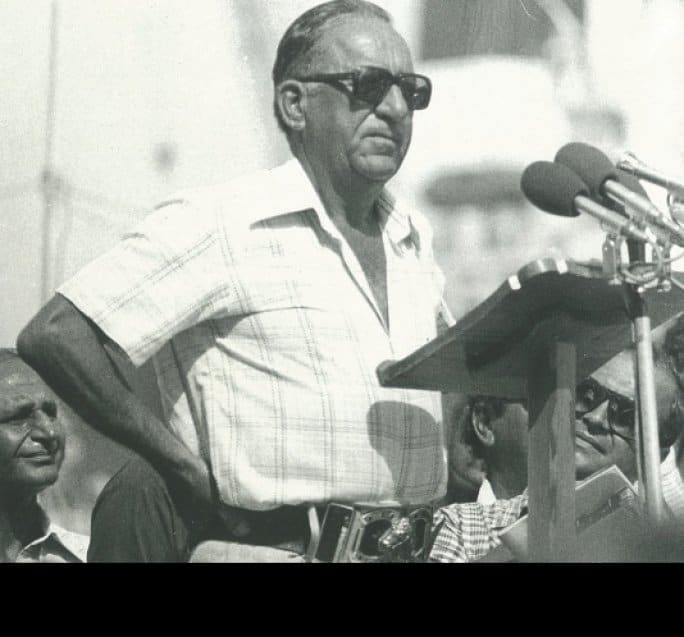 Alan Parsons Project’s cryptic lyrics of the ‘Eye in the Sky’ song describe the condescending conversation between the corrupt secular high priest of a state and one of his subjects. He treats all his subjects as fools and tells them what it is to be a useful idiot. When the dissenting subject twice refuses to be just that, the master reminds:

I am the eye in the sky
Looking at you, I can read your mind.
I am the maker of rules
Dealing with fools, I can cheat you blind.

The eye in the sky is the symbol of the god of Horus/Ra that the Pharaoh in his role of high priest displayed. This signified divine authority, love, protection of his subjects by any means in order to maintain that authority. In Egyptian society, religion was central to everyday life and the Pharaoh had to be revered by his subjects as a man-god.

Religion is the opium of the people and is an essential means by which totalitarian governments  capture the body and soul of a people thereby ensuring their fanatical support base.

Dom Mintoff knew this when he founded his party on a religious framework. The first act of any totalitarian leader is to suppress the moral conscience of the nation.

Mintoff did this by attacking the Catholic Church with his virulent anticlericalism and undermining of its teachings. On his second attempt, he managed to discredit and subjugate the Church to his secular church devoted to the socialist god of which he was its high priest.

His god is omnipotent and so must the high priest be. He will not tolerate power-sharing, nor is he accountable to anyone else.

Thereafter, Mintoff infiltrated and controlled the police force, the armed forces, the judiciary, the electoral commission, the civil service, the media, the banking sector, the GWU  and nationalised all public resources.  These were the tentacles of the giant Labour piovra that held Malta in its stranglehold. He bullied the only entities he could not capture: the opposition, the free press, the private sector and the church.

Dom Mintoff then proceeded to create the cult movement Labour is today with its own credo.

The socialist god, because it is devoid of original sin, is a god of love. A former Labour politician, now a judge, took exception to Joe Saliba’s GonziPN electoral campaign as it was insinuating that Labour was corrupted by original sin.

This god is one body with his faithful subjects. He provides for, protects and rewards his subjects in return for their unconditional devotion to him. But this god is vengeful and punishes whoever questions his authority.

In his MEP electoral campaign, a former minister in Dom Mintoff’s cabinet put it crudely. For him, the Labour Party was like the spiritual mother who suckles, nurtures and protects her infants. For that reason, they had to revere her for the rest of their lives as she was the mother of their god.

The high priest together with his array of priests and priestesses considers all his subjects as useful idiots. The sins of their secular church state – embezzlement, theft, slander, perjury, murder, discrimination, abuse of power, extortion, suppression of human rights, etc, cannot be sins as within their church state they are not tainted by original sin.

In matters of politics, their socialist god is infallible. Let anyone who disputes that be anathema.

For the Sant/Muscat tandem, Labour was right about their stand on EU accession while everyone else was wrong. EU accession for them was only a conspiracy by the Nationalists to be enslaved by the EU.

All his non-worshippers are political infidels, offspring of the evil Manichean demigod tainted with original sin.

Several high-ranking Labour politicians have referred to the Nationalist Party as the snake-like incarnation of the devil, sowing its seed of hatred and division in a Labour peaceful Garden of Eden.

Or, if Labour happen to be under attack, in the garden of olives.

Within his socialist state, provided they do not question his authority, these infidels are merely tolerated. The economic system is designed in such a way that his worshippers live off the infidels’ means and the government is run on apartheid lines.

The incumbent Labour education minister unintentionally admitted as much in an interview.