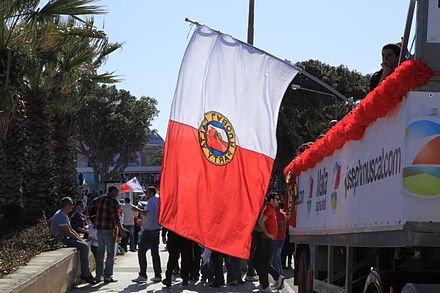 The Nationalists under Eddie Fenech Adami inherited a broken impoverished country which they painstakingly rehabilitated to almost first world status despite fierce opposition from Labour. In particular, they built a solid productive economic model.

This is what Muscat inherited at the time that Malta’s economy rebounded after the resolution of the global recession and drop in oil prices. So money was abundant and he did not need to resort to violence for population control. In Mintoff’s time we woke up daily to news of violence, we now wake up to new reports of financial scandals.

Joseph Muscat uses this money shamelessly to retain power. It is their modus operandi. – paying intermediaries to execute their dirty work while mobilising the entire organs of the state to cover up their tracks. They reward a crooked whistleblower who damages and retires Gozo’s most popular politician; they conspire with an international firm for SLAPP lawsuits to suppress intuitive investigative journalists; they pay a Russian agency to harass and discredit a Russian whistleblower; they pay Nexia to set up offshore companies so as to syphon off their millions into hidden accounts; bribe editors and columnists of independent newspapers to write propaganda pieces while withholding advertising revenue to independent newspapers critical of government policy.

In these days we have the Council of Europe expressing concern about  Daphne’s murder by paid hit men and about cyber blocking of critical blogs by a Ukrainian company. Also, in these days, a dissenting labour diehard was referred for psychiatric treatment by family members.

Dom Mintoff was an intelligent man who understood the dark side of human nature and how to manipulate it. He also knew that all his henchmen were political midgets, including the toy poodle he anointed as his successor. He admired the collective intellectual capabilities of the Nationalists. Muscat’s secular priestly politicians think they are so clever and smart just because they rose out of the idiotic limitations of Labour’s educational ranks.

In truth, they are educated idiots to the man, their only attribute is guile. Even the intelligent ones speak and behave like idiots in a political sense. Their stupidity is glaringly exposed when they engage with incredulous international journalists or institutions. When the papabile Archbishop made a statement denouncing corruption, they presented a petition with OPM’s blessing to the Vatican asking for his removal.

Yet, whenever there is a difference of opinions, they are always right and the entire world is wrong. The Labour mind is a potpourri of delusions and illusions planted inside by the incessant patronising sermons of their sanctimonious priestly politicians speaking on our TV screens, radios and computer screens. When international institutions criticise Labour, it’s because they are envious of Labour’s Stupor Mundi.

The minister religiously despatches platoons of cleaners to remove flowers and candles from a memorial when every dusty, broken, cockroach infested street within the ghetto of Malta is strewn with litter, rotting garbage, excrement and construction waste. Not to mention the rat infestation in the vicinity of building sites. Tourists describe Malta as one giant building site.

Muscat boasts of creating a new middle class, but, in so doing, he has created a new poverty class. This is the legacy of the discriminatory effect of corruption. The latter class gets exponentially larger as the number of pensioners increase and more families break up. It’s ironic but Mintoff’s policies led to the outbreak of broken families in his fiefdom.

A totalitarian leader has to morally compromise his subjects, thereby rendering them more malleable. It is also true that Mintoff begot poverty all the while blaming its existence on his bête noire. In that way, the poor become dependent on their master who then reaps the political kudos for lifting them out of the poverty state he himself engineered. Mintoff’s party never invested in the backwater of the Three Cities. It had to be the Nationalists who rehabilitated these Labour strongholds.

Muscat’s Labour Party depends on corruption to survive. When one of its priestly politicians is found guilty of corruption, the support for that politician increases not decreases within the Labour brotherhood. There is a limit to how much money can be generated. Through corruption, multi-millions of taxpayer funds are diverted to the powerful new class at the expense of pensioners and the political infidels. Labour’s corruption is discriminatory.