Continues from yesterday’s guest article on “the psychology of the Labour movement”. 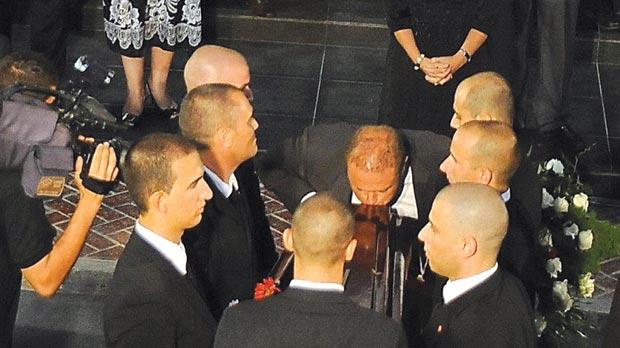 For his movement to maintain its raison d’être, Mintoff always had to create a bête noire in his follower’s mind – be it the Church, the Nationalists, the independent press, the West or the British. His paranoia and intolerance were pathological. He was obsessed by his image as is- Salvatur. In his lexicon, the West treated his subjects as lepers; it was only he, not the Catholic Church, who provided for his people; the Catholic Church was the church of Judas; his secular church movement was the true church; the Nationalists were treacherous enemies  and he had to protect his people from their subversive manoeuvres; the British were hell-bent on Malta’s enslavement and destruction. All the failings of his government were projected on his bête noire. Any criticism of his government was regarded as an act of war against him and, therefore Malta. He incited his worshippers to retaliate.

To maintain his power base, Mintoff needed money to distribute among his followers in the guise of social benefits, phantom jobs, social housing, etc. He had to rely on hand-outs from foreign countries which he constantly grovelled for. Labour’s narrow economic views resulted in a mismanaged, unproductive economy. Money was in short supply and his vaunted social services became unsustainable. As a result, he was constrained to impose unfair taxation on the private sectors, leading to disquiet and alienation of progressively more people from his apartheid rule. As he could no longer rely on money to consolidate his rule, he depended more and more on violent suppression. But, in the end, it was the money factor that was the downfall of Labour’s secular irreligious party Mark I.

Muscatism is a more refined version of Mintoffianism. As opposed to the crudeness of Mintoff’s version, the latest brand is more media savvy thanks to shady foreign support.  They use glitzy double speak to entice voters (the trash talk of meritocracy, transparency, tolerance, etc), stonewalling clichés to cover their misdeeds (commercial sensitivity, the investigation is ongoing, etc ) and meaningless sham inquiries/investigations by specially appointed lackeys intended to cover up their misdemeanours. In this monolith, all leaders parrot the script that is issued from OPM. Nothing is said or done without the OPM’s approval or blessing. The lyrics of Alan Parsons Project song ‘Psychobabble’ tell us something about the corrosive wearing-down effect relentless propaganda  has on a subject living under an ‘Eye in the Sky’ government:

Tell you about a dream I have every night
It isn’t Kodachrome and it isn’t black and white
Take me for a fool if you feel that’s right
Well I’m never on my own but there’s nobody in sight
I don’t know why I’m scared of the lightning trying to reach me
I’m too scared to run and I’m too weak to fight
But I don’t care as it’s all psychobabble rap to me.

They draft laws such as the Whistleblower Act that are used selectively to maintain their power and to suppress any critics. Their priestly caste of politicians and adherents are above the laws which, however, are scrupulously applied against the political infidels. They are scandalised that the Nationalists are infringing their vaunted Party Financing law with the ċedola scheme when Labour is using millions of tax payers’ funds to finance their own party.  Labour remains a secular theocratic party ruling under the veneer of democracy utilising democratic tools to undermine that very democracy. The EU finds fault with  the enforcement (or rather, selective enforcement) of the laws Labour brags about, not the laws themselves. Labour’s exponents can’t get that into their thick heads.