Continues from yesterday’s article on ‘Mintoffiansim and Muscatism. Labour’s twisted theology in practice’. 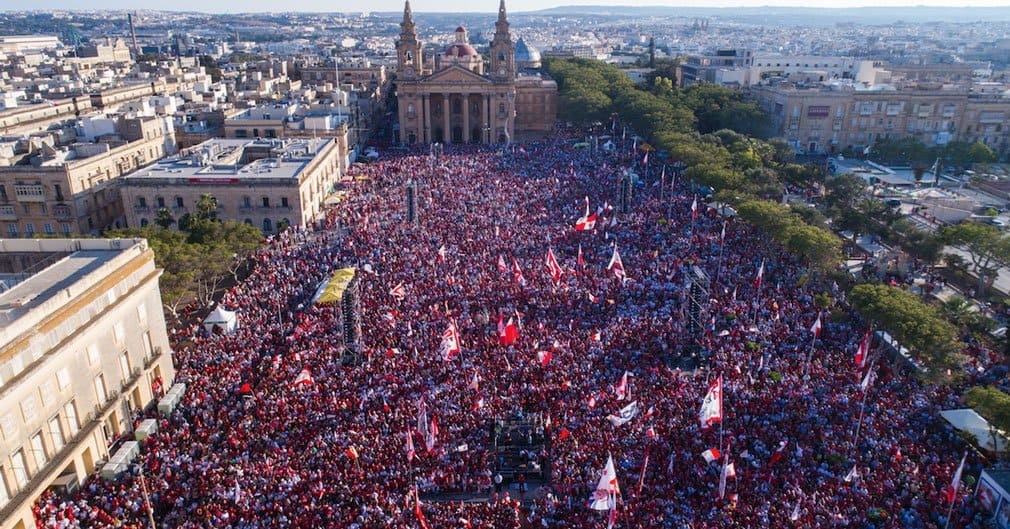 Dom Mintoff’s hero was Napoleon, the most accomplished alumnus of the French Enlightenment. The Illuminati derived their name from Lucifer and consider themselves disciples of the Angel of Light. Their synthetic precepts are a pagan distortion of the Catholic faith and formulate the guiding principles of secretive Freemasonic political parties based on the Catholic Church’s administrative framework. These parties were intended to govern and take over their milieu.

Mintoff portrayed himself as the father of the Maltese Enlightenment. Understanding the pseudo-religious origins of Mintoff’s labour movement is crucial to realise the nature of the beast that we are up against. When he took over Sir Paul Boffa’s party, he morphed a normal political party into a political cult. The only parties run along similar lines in the recent history of the West are National Socialism and Putin’s brand of Communism, both offshoots of the German Enlightenment.

Through international eyes, the Labour Party is perceived as bearing resemblance to Erdogan’s government and to the tribal feudal governments of banana republics. The common denominator is that these were all elected democratically, all govern in a totalitarian way under a veneer of democracy and abuse those democratic tools to maintain their power. They all share common traits to varying degrees – absolutism, intolerance, institutionalised corruption, irreligious fanatical support, suppression of critical free speech and xenophobia.

The effect of these movements is to disseminate conflict, divisions and unrest within their dominions in the interest of their socialist god. The prescient Archbishop Gonzi must have visualised the pernicious effect Mintoff’s wrecking ball mindset posed to future generations in post-Independence Malta when, as a prelate of that time,  he reacted as he did.

Labour maintains they can do whatever they want because they have such a large majority. Modern dictators such as Putin, Chavez and Erdogan contesting elections all attain massive majorities. Joseph Muscat’s brag, if anything, is axiomatic of an undemocratic Malta. It is not a reflection of how good Labour is and or of how bad the Nationalists are. The masses of the electorate always pander to the absolute regime.

That way they benefit from the widescale patronage and corruption. At the slightest scent, the vultures swoop down en masse to feast on the carrion nature throws at them. The large majorities are also a reflection of the political immaturity of the populace. They get the governments they deserve. They certainly did not deserve the gentleman statesman, Lawrence Gonzi.

In true democracies, the winning party always scrapes through on a narrow margin. This is because the rules are equal for all parties and all parties play by the rules.