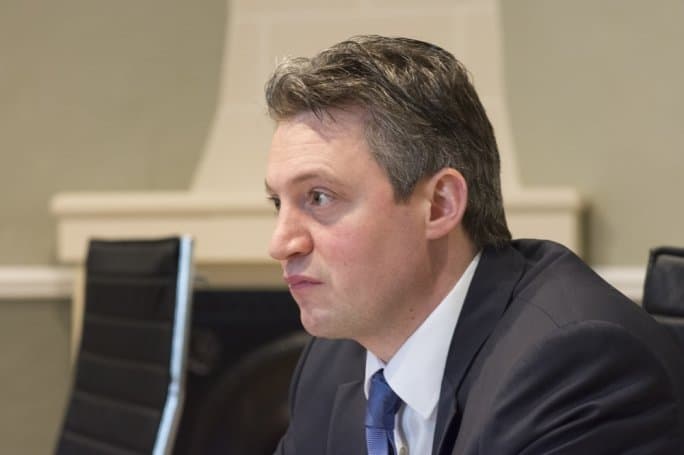 Konrad Mizzi’s lawyers also withdrew their request to the Constitutional Court to stop the inquiry ordered by Magistrate Doreen Clarke. The inquiry will proceed unless Konrad Mizzi appeals from Magistrate Clarke’s decision directly.

Lawyers John Bonello and Aaron Mifsud Bonnici argued in court today they should be allowed to appeal the Courts decision to allow Repubblika and Simon Busuttil to intervene in his case because appealing after the case is concluded would, as they see it, be pointless.

Lawyer Victoria Buttigieg appearing for the Attorney General said her office left the decision entirely up to the court.

The case will now proceed to discuss the merits of Konrad Mizzi’s complaint that his human rights are breached because the law of the land allows anyone to complain he broke the law.

On that subject Tonio Borg, who was government Minister when that law was introduced, said in an article on Times of Malta today he breathed a “sigh of relief” at Magistrate Doreen Clarke’s decision to order an inquiry.

Tonio Borg said Judge Giovanni Grixti’s January decision to quash another Magistrate’s order to start an inquiry on an earlier complaint by Simon Busuttil “had turned the law on its head”.

The new decision by Magistrate Doreen Clarke “has put the law again on the right track”.

“Merit is due in recognising the resilience of the Court of Magistrates, in the face of adversity, in proclaiming loud and clear that the 2006 law allowing private individuals and organisations  to file  a report for a magisterial inquiry to start is not a  dead letter any more, but a legal remedy which is alive and kicking,” Tonio Borg said.