In a way, the Valletta Local Council only has a symbolic significance. In electoral terms, it is actually not that big of a town and in terms of any influence on national affairs the town council of our capital city is just as limited as all the others.

It still rankles though. Ultimately it was a toss-up between two tossers – Alfred Zammit and Ray Azzopardi – which one would be the Mayor and which his Deputy. Alfred Zammit on top is perhaps the less gory scenario. But either way, it is a monumental incarnation of the gold standard of Maltese public life: mediocrity as a programmatic aspiration.

The new Deputy Mayor led a charge a few months ago to “ban” protests at the Great Siege Memorial and he has physically assaulted protesters, including family relatives of Daphne Caruana Galizia because they dared to be in “his” square. 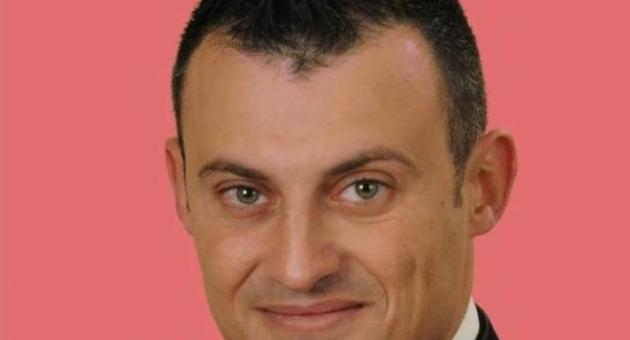 There’s going to be some interesting times ahead. Not that the times behind us have been boring.

On the PN vs PL front, the former continues to sustain punches now without even the bother of parrying any of the blows. It has become a lump of bloody flesh, gashed, bashed and reduced to a pulpy, unrecognisable mess.

And yet in the desolate misery of the mud and fog, and the stench of faeces, blood and vomit, little sprouts of stubborn green emerge.

There are details in the results that point to a paradigm shift.

Consider for example Ħal Balzan, which the PN won 4-1. If it hadn’t I think we’d be expecting a winged seraph with a huge silver trumpet, wielding the seventh seal. The significance is not in the fact that Ħal Balzan remains one of the lonely specks of faded sapphire swallowed up by the suffocating red weed that has overgrown the country.

Look at the candidates. The former Deputy Mayor of Ħal Balzan is one Andre Grech known to this website for a series of rather vicious criticisms when I dared write anything that could cause displeasure to the Adrian Delia. (The definitive article is not accidental).

Andre Grech promoted himself as a henchmen of the PN’s “democratically elected” (in case you ever forgot that) leader. He threw his polished glance and his ham fist or hammy acting about to emphasise he was part of the new way “leadership” for they did use that term.

The residents of Ħal Balzan have just given Andre Grech a rounded democratic fuck you very much. If this sounds like schadenfreude, it’s quite possibly because it is. There are few silver linings in this apocalyptic nuclear winter and Andre Grech failing to make the Council of Ħal Balzan feels like I stumbled on the invigorating air of a unicorn’s fart.

More tactically significant of course is how Labour flipped San Pawl il-Baħar painting one of the very largest towns of the island red and alongside Mellieħa building a Northern pincer movement that continues to squeeze the isolated blue spots on the map like a picnic outside the Alamo.

Central to the PN’s strategy in San Pawl il-Baħar, unsuccessful, alas, as it has proven to be, is putting forward the candidature of political royalty. That’s Adrian Delia’s brother Anthony wheeled out to consolidate the interests of the dynasty.

Make your voice heard. Use your vote wisely.

Except that the name Delia did not prove to be an obvious magnet for voters casting their first preference in San Pawl il-Baħar. Rather the opposite actually.

Incidentally the irony that I too am called Delia does not escape me here but electorally I was hopeless material well before Adrian Delia came into the scene so I don’t think my non-related homonyms caused any harm to personal prospects that never existed. I couldn’t get elected to the local boċċi club committee even if I tried very hard.

But there’s a fundamental significance to all this that also reflects the analysis from the failure of candidates in the MEP elections clearly identified by the “leadership” as the party’s official favourites and the success instead of MEP candidates that clearly were not.

Up till these results politicians in the Partit Nazzjonalista that were concerned with their own survival might have bit their tongue and put on a plastic smile to cheer on the leader. They were clearly afraid of direct confrontation with the “leadership” because they fully expected terrible repercussions with party supporters who in principle are expected not to approve of disloyal behaviour.

Even David Casa and Roberta Metsola grinned and bear it during the campaign out of fear of the consequences of complete detachment from the official party hierarchy. They must have been aware that that cost them at least some support from people for whom the idea of Adrian Delia as party leader is just not something they’re ever going to accept.

In balance though the delicate dance tiptoed by David Casa and Roberta Metsola worked for them.

I think now though more of those Members of Parliament and leading lights in the Executive Committee, the General Council and so on will start realising that the Adrian Delia brand is positively toxic and they must be seen to be abandoning that ship pronto if they are not to go down with him.

The electorate is actually behaving in a way the more careful politicians in the PN never expected it would. The electorate is clearly not demonstrating any love for the close friends of Adrian Delia and people who will now be taking a keen eye on the possibility of politically outliving him will probably be thinking of ways of no longer be perceived to be or even have been his allies or props.

This does not mean that an imminent change at the top of the PN is inevitable. Adrian Delia and his closest circle still look cosy in their bunker and have shown no signs of looking for the emergency exit. But there’s an outer circle just outside that closest circle and people in it are not making it to the European Parliament or to any Local Council either. 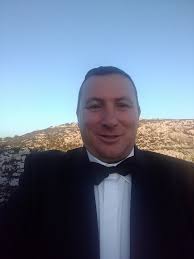 Post Scriptum: another unicorn’s fart has just wafted in my general direction. Natius Farrugia, who led a lynch-mob chasing Daphne Caruana Galizia down a street in Rabat and who sniggered on Jean-Claude Micallef’s Facebook page two weeks after she was killed when that right royal idiot said she did not deserve respect after her death, has just learnt his own Labour voters turned him down as Mayor of Żurrieq. That’s nice.

Previous:The Atlantic: Why has no one been caught?
Next:GUEST POST: On the settling of the dust