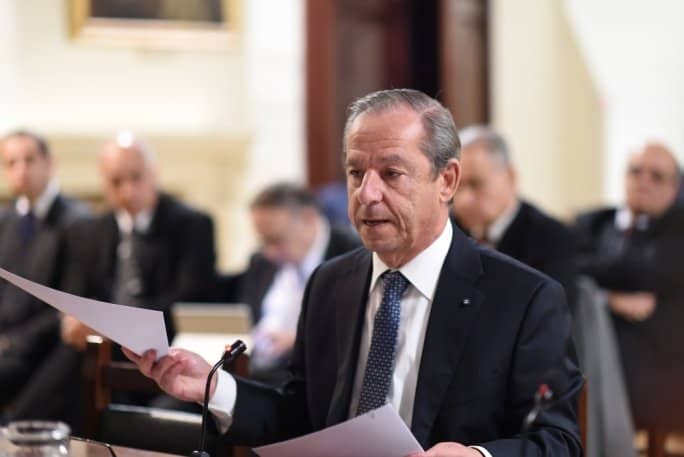 It is rare for a former PN leader to dish out advice to his successor. They’ve been in the job themselves and they know that a meddling retiree is unhelpful, whatever their intentions.

I don’t think Lawrence Gonzi’s comments to Times of Malta yesterday were necessarily meant to be helpful, at least from the point of view of his incumbent successor.

The thing about Lawrence Gonzi’s advice is that it is so unimpeachably correct. It is entirely consistent with the arguments of those who speak of a challenge to Adrian Delia as if it were anathema. They, the supporters, say Adrian Delia was elected with the support of a majority of the members of the party that were consulted after the General Council got as far as whittling down a list of four candidates to two.

Lawrence Gonzi is suggesting Adrian Delia seeks a ballot to check whether he still enjoys that support.

He is not telling Adrian Delia to pack up and go.

And that makes sense on many levels, some of which are not immediately obvious.

One level is that if Adrian Delia is forced kicking and screaming out of his office, at least some portion of the party will be disaffected and bitter making an eventual coming together damn near impossible.

An analysis of the results of the MEP election show that committed support to Adrian Delia called upon in confrontation with other points of view from within the party is quite possibly not as large as was once thought. This is being interpreted from the results obtained by Frank Psaila in the MEP election versus the results of Roberta Metsola and David Casa. But also the results of a number of Local Councillors that were clearly satellites of the PN leadership.

The contrary indicator that emerged yesterday is the result in Nadur which was the only Local Council that bucked the trend of losses for the PN. That performance is largely credited to the Mayor of Nadur Edward Said, brother of Chris Said who lost to Adrian Delia in the leadership election.

But even if limited in size and demoralised by losses a forced exit for Adrian Delia could quite likely have the consequent effect of alienating a chunk of PN voters and no new leader that wants to make a fresh start of things wants that.

Another level for Lawrence Gonzi’s advice is actually a positive one. Any leader who wants to rebuff bickering in their ranks will want to remind everyone of their authority. What has really hurt Adrian Delia these last 20 months was his pathological fear of votes. He has dodged any and every opportunity to test his support in the structures of the party particularly with the use of show of hands kangaroo votes driven by glaring looks and the threat of consequence more than anything else.

A secret ballot that confirms his support would consolidate his authority. The flip side of that is that his refusal to consider it completely undermines it. It’s like refusing a breathalyser test on a Saturday night road-block. It does not prove you are drink driving but we know what everyone is thinking.

There’s a deeper level to Lawrence Gonzi’s advice which is not so immediately obvious.

Asking the question of whether Adrian Delia should stay on as PN leader is really only asking half the question. The other, frankly more important half is, what happens after he leaves?

Lawrence Gonzi’s comments yesterday were not merely a challenge to Adrian Delia but also to his potential replacements. Because like the rest of us, Lawrence Gonzi is not seeing all that many realistic candidates with any fire in their eyes, falling over themselves to grasp this poisoned chalice to lustily drink it and lead this party into a fighting chance.

Certainly, there are suitable and eligible princelings out there. Not many, to be sure. But you only need to find one and there’s more than one.

But the current predicament of the PN is only partly because Adrian Delia does not realise he is a big part of the problem. It is also because those who should be taking over next have not accepted that they are required to be a big part of the solution.

Those potential leaders might be enjoying the flattery of being repeatedly egged on by friends and supporters to take on the job. Politicians don’t get much reward for their pains so a little flattery is a rare bonus.

They might even weigh the excitement of the flattery against a sense of guilt for not responding to it. But they think of all reasons why they should not give in and challenge for the leadership. The thing with Adrian Delia in 2017 was that he never understood what he was going in for. He lost his financial standing, his profession, maybe even his family for a job that pays a pittance and has proven a dead end. Meantime his responsibilities have not changed. He still needs to pay school fees and maintain and bring up his children.

His potential successors, for being considerably smarter and more aware of just how thankless this job is, might very well be working out that they can’t afford the luxury of being party leaders. They have mortgages and school fees and they have commitments towards their families they cannot simply abandon to go pursue a dream.

It could very well be that all the great white hopes for PN supporters who try to imagine a future beyond Adrian Delia are simply unavailable. If they are they should say so, now. Because they are causing just as much harm to the prospects of this situation improving as all the other causes for the flattery they’re getting. They too have responsibilities.

Lawrence Gonzi challenged these people as well. Because for Adrian Delia to test his support he would have to open the ballot to others and nothing could confirm him more solidly in his office, than no one else showing up to take it.

It would end the phoney war one way or another.

No problem can ever be addressed if it isn’t first understood. A ballot could help the PN figure this out.