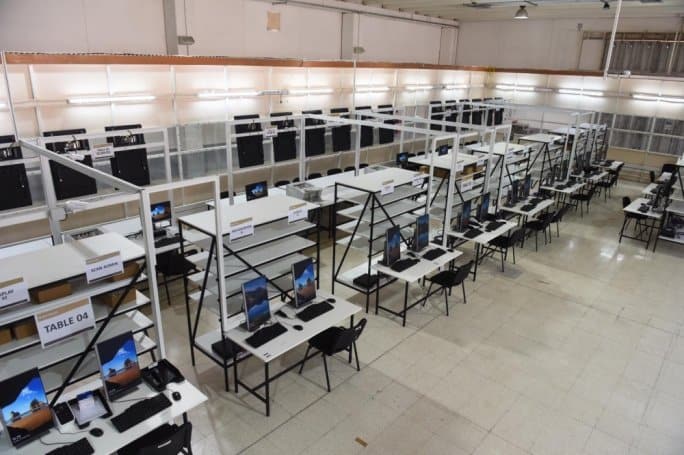 The counting of Local Council votes over three days is like Chinese torture for the PN. You have to admire those volunteers who go up to Naxxar every day. They’re like the Light Brigade, fully aware they are fodder for the roaring cannons. The way Local Council vote counting works gives those perspex-bashing Labour partisans several, unrelenting occasions to celebrate themselves in the course of a single, interminable evening. This week they got four.

They say Maltese politics is a lot like football fandom. There are hardly any contexts which are closer to that analogy than the guys with the red lanyards and the guys with the blue lanyards waddling up and down the same corridor living together as winners and losers the moment when the former take all and the latter carry the loss with dignity and dismay. And that moment is repeated every-time a new Labour victory of several dozens is announced.

Whether those counting volunteers supported Adrian Delia or didn’t, or whether they still do or no longer support him, the ‘football’-style loyalty, the camaraderie of the shared battle weariness, the inspiration of the leaders among them who stand there right or wrong keep them together.

Given how exceptional that ‘keeping together’ is in all other contexts of the PN right now, that fast courage and commitment are truly something to behold.

Spare a thought for those soldiers at around 4 pm today. They’ll be driving up to Naxxar thankfully for the last time in a while. It will take them time to live this down.

Spare a thought for those candidates who had really started to believe by election date. The Nationalist Party sent two MEPs back to Brussels and Strasbourg and they were my choice as well. But whatever methods they chose none of the other candidates went into this for the wrong reasons, at least not with malice even if one or two of them allowed themselves to be involved in some rather nasty business.

Some of the losers gave everything they had these last two years for that election: all their time, all their money, all their prospects of employment, all their family relationships. They now taste the price they always knew was there waiting for them but you only know how much unemployment stings when it bites you. You drown the threat in the hard work you put in campaigning, but this is a profession where hard work does not necessarily pay off. It’s likelier to cause you professional desolation, not to mention penury.

Some of the candidates are not wrestling with unemployment as their jobs were secure and they’re going back to them. But their results have bashed their dream of making a contribution, of having their opinions matter to others, of feeling their sacrifice can do some good for others.

Think of the candidates who walked the one-way road from journalism or activism to politics. It’s years before you can trace your way back.

Spare a thought for the Local Councillors who have served for years in the thankless task of fielding residents’ angry calls about rubbish collection times which are too early or too late, and street lighting which is too dim or too bright and calls on so many things way beyond your control like the dust from a neighbour’s construction project, or how late into the night the fireworks of this year’s Festa kept banging.

And now you lost your seat because the party you run for has, for reasons completely unconnected with your performance in the Council, crashed at the polls. You may think you won’t miss the angry phone calls of irate residents but they fed into your sense of purpose, of service to the community. And yet ‘your voters’ stayed home on election date or drew a big cock on the ballot sheet because they felt the Council was inexpensive collateral damage in their fight with the party leadership.

Spare a thought for the party leaders — the Deputy Leaders, the Secretary-General and the other officials — who understand better than anyone just how bad things are, but whose job it is to keep it together somehow.

In the midst of all this disaster, every choice they make is wrong, every decision they take will be blamed when the inevitable happens. They think about abandoning ship every day, but then what? What happens when they throw in the towel?

It can’t feel good to realise your turn to run things came at the time of the lowest ebb of the tide where the best you can hope for the memory of your time is having been there.

From out here, we feel the maddening frustration of witnessing inertia, ineptitude, callous spin, unjustified self-confidence and mindless optimism. And we are not imagining any of that.

But in there, it can’t be feeling so great.