We should know what he knows. 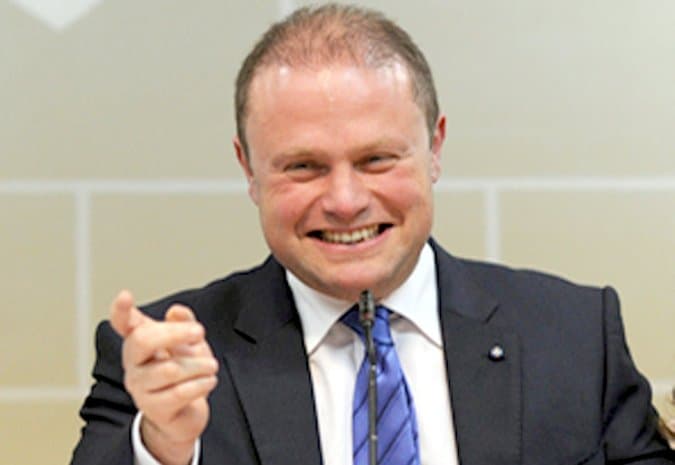 The Court turned down Adrian Delia’s complaints that in refusing him a copy of the Egrant inquiry report, the Attorney General denied him his rights to express himself as a watchdog of government or discriminated against him by treating the Labour Party differently and favourably compared with how he treated the Nationalist Party.

The legal discussion, although interesting, is happening in the absence of proper political discourse.

By definition the law is applied equally to all, no matter whether they hold public office or not. In principle that is intended not to favour the powerful over everyone else. A court is supposed to ignore the identity of those who resort to it but stick rather to the facts and test them against what the laws say.

I cannot claim to understand enough either the arguments of the Leader of the Opposition, or the basis for the court’s decision to refuse them today, to presume to opine the court was right or wrong.

I can say that it occurs to me that if the Leader of the Opposition does not have a legal argument to claim a ‘right to the copy of the report,’ he should still be right about that. Not on his own behalf but on behalf of everybody else’s.

It was not just Adrian Delia that was dissatisfied. Ironically for a while Adrian Delia looked eminently satiated, using those 49 pages to fire Simon Busuttil from the post of spokesman on good governance and seeking his dismissal altogether.

The u-turn that followed to proceed to insist the full report is published for a complete political judgement to be made likely did not harm Adrian Delia’s court case today.

But it did harm the far more important political case because whatever the law says about the ‘right’ of an Opposition leader, this is a political matter and in politics the law is not equal and blind to the people it applies to.

It’s not even a matter of judging politicians by ‘a higher standard’.

In no uncertain terms the political space has expressed the loud suspicion that unpublished portions of the Egrant inquiry would cause massive political harm to the Prime Minister. Perhaps it would even cause embarrassment to other institutions – the Attorney General, say, or the Police – for failing to act on findings from the inquiry report.

One thousand five hundred pages did not just find the absence of evidence to confirm the allegation Egrant belonged to Joseph Muscat.

Did the evidence find who then it belongs to instead?

Above all, this is clearly not about the ownership of a Panama company. Joseph Muscat cannot be waxing melodramatic about how vicious the ‘false’ accusation he owns is, when clearly he doesn’t think owning a Panama company is not that big of a deal and not enough to fire Konrad Mizzi and Keith Schembri over just the same matter.

Still, sticking to the charge ‘Egrant belongs to Muscat’, any refusal of that premise with any alternative answer would still acquit Joseph Muscat on a personal, criminal basis. But a million possible alternative answers could still cost him his political life.

His bluff that he actually wants the report published has long worn thin. It’s as transparent as they come. For weeks we heard the document was being redacted – not by the Attorney General, mind you, but by Joseph Muscat’s personal attorneys, they whose only interests that matter are their client’s: Joseph Muscat.

While the matter is still in his control, we were never meant and are never meant to see the Egrant report. He’s hiding it from us while saying he wishes we could see it: like the murderer who is so helpful with the police in his effort to throw them off his scent.

He’s accountable to the public. He has that report and he knows what it says. He knows who owns Egrant and he’s not telling us.

It’s too late now to complain that as the subject of the inquiry he’s the last man that should have been given a copy of the Egrant report. Peter Grech shat in that pond already.

His job should be on the line over far less. Including a cover up of who Egrant really belongs to and the obstruction of justice being served on the crooks that have taken our country.