Adrian Delia thinks it’s a good time for a holiday 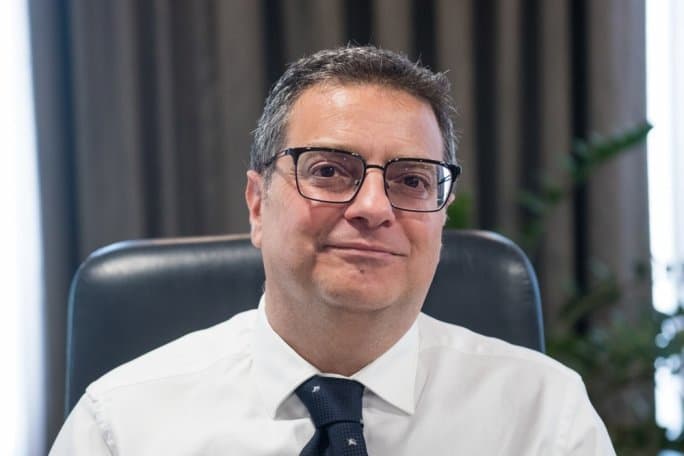 Not that he’s spending too much time on the beach.

He was answering Newsbook’s challenge on why three Sundays in a row he gave exclusive access to the political field to Joseph Muscat and abstained from any public events or policy statements on Sundays.

Newsbook calls the Sunday events “traditional” and describes the party leaders’ Sunday morning interventions as “sermons”. At least in that second description the sarcasm is palpable, especially considering that Newsbook is the property of a church.

But in any case they are not as “traditional” as one might think. Alfred Sant started them and when Eddie Fenech Adami was PN leader, Alfred Sant had Sundays all to himself. Sundays are a good day for politicians to speak but most days nothing else happens. This Sunday morning event business comes from today when you read all your news on Monday mornings from the newspapers. And Monday newspapers were universally dull affairs.

Eddie Fenech Adami was not going to change his Sunday family routine just because Alfred Sant had nothing better to do.

When Lawrence Gonzi took over he was prevailed upon by his advisors that Alfred Sant ought no longer to have Sundays all to himself. That’s when the “tradition” of a speech each on Sunday morning by the party leaders started: 2004. Which for the Catholic Church must be five minutes ago as far as traditions go.

‘Sermon’ is right. These were always heavily controlled affairs. On Sundays when it is not too hot or to rainy to get people out, the party leader would visit a village party club and speak to unanimous and enthusiastic applause. There would be no heckling and no beads of sweat from hostile questions.

On hot days, the leader would stay at the party radio station and address his followers (and the thankful press corps on the dead Sunday shift) over the radio.

The last three Sundays we got back to the old system where Sundays belong to the Labour leader.

Adrian Delia said he took the last Sundays off (and it seems he plans to continue to do so until autumn at least) because people are ‘tired’ after the European elections. It’s a rotten excuse of course.

There’s plenty for a Leader of Opposition to be talking about now. Any other Leader of the Opposition right now would be screaming blue murder over the devastating Council of Europe resolution from last week. Any party leader right now would want to be in all the pictures with Jason Azzopardi after the vote secured last week making sure he gets his share of the credit for the political win.

Any Leader of Opposition this week would be speaking with outrage and sweaty concern, drawing short breaths in between long questions over the situation at the Bank of Valletta. That questions coming out of that bank indicate that if things are as bad as any Leader of Opposition should be able to imagine, financial armageddon is not far from the realm of possibilities.

Any Leader of Opposition would be whipping up a frenzy over the way the government is treating Air Malta employees having used them and exploited them and promised them the sky over the troubled years of market liberalisation and is now turning them into enemies of the people. Any Leader of Opposition would know that Air Malta employees right now feel swept up in a storm of uncertainty and would welcome the interest and support of a Parliamentary Opposition that shows some concern for their situation.

But Adrian Delia (and his advisors, such as they are) cannot be arsed with any of that right now. Preparing policies and interventions on justice and home affairs, on the financial services sector, on aviation and the public sector, on tourism, on anything frankly that concerns people life is for them a complete waste of time.

Adrian Delia told Newsbook he’ll wait until he can talk about “what people are talking about”.

How enigmatic is that?

In reality Adrian Delia is using his Sunday mornings (and any other waking, sober hour) to focus on the only issue that concerns him — and no one else — his own political survival. That’s the only thing that matters and that absorbs any and all time in the Nationalist Party.

This has become a navel gazing, self-absorbed, slow motion implosion: a political party that barely knows where it is, let alone where it is going.

It seems clear now that the PN will not emerge from this self-induced coma for months and years, and a faint knocking will only be heard as the coffin that bears it descends into oblivion.

Consider this letter from Dione Borg that must be considered an apologetic agent of permanence in the PN that is both unhappy with Adrian Delia’s leadership but that dead set against its end. These set of ‘proposals’ such as they are is to give Councillors a thread to hang on to, a desperate alternative to the drastic measure of forcing their leader to resign and make way for others. 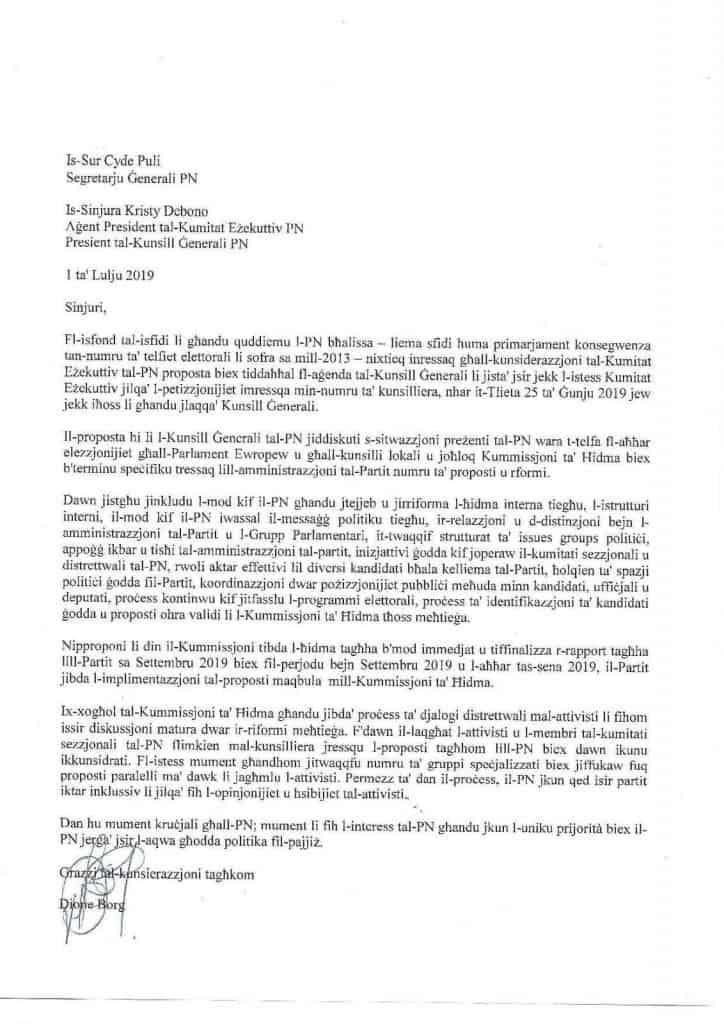 It’s obviously a complete waste of time. Adrian Delia himself, in a pathetic effort to turn the page after the European Parliament result, said there was no point in ‘analysing the electoral result’ in some report.

But now, given the extreme state the party has got to, we are resorting to the Humphrey Appleby method of avoiding any proper action: set up a commission to investigate and let it rumble on while you hope everyone loses interest.

From Adrian Delia’s point of view is not entirely a bad strategy. Everyone lost interest.

He went on what he called a political holiday and it took 3 days for Newsbook to miss him enough to ask him where the hell he got to.

Now he told them he’s not meaning to come back for a long while and nobody’s crying. Joseph Muscat is having a laugh though.

Previous:Repubblika calls for implementation of Council of Europe resolution
Next:So much for a pseudo NGO