Do the right thing 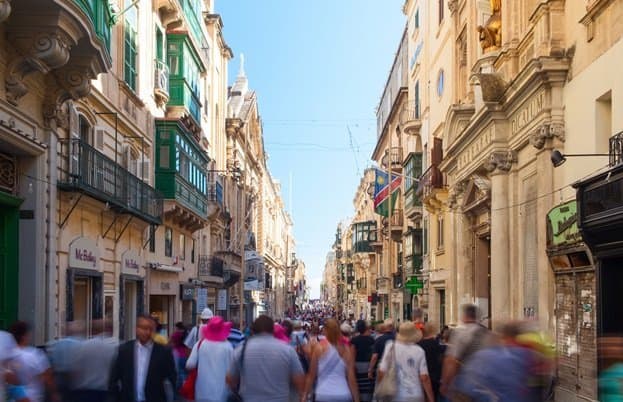 Surprises are by definition things you do not expect. So let us not indulge in fantasies of alternative universes where the Partit Nazzjonalista presents to the electorate a better alternative prime minister than Adrian Delia. Councillors vote today. Many of them will secretly cast their vote against Adrian Delia’s confirmation, too many for any illusion of unity or for the feasibility of some pogrom of dissenters. But not enough to force Adrian Delia out.

One way of seeing it is that it has all been for nothing. Certainly those Councillors who stepped up, particularly Mark Anthony Sammut who sacrificed his post in the party’s administration to follow his conscience, may feel it was all for nothing. They may feel that after all if the PN is doomed to this fate all the way to the next general election they could have just kept on keeping on, patiently waiting for the electorate’s power to succeed where they would fail.

They should outgrow that feeling as quick as they can.

Thanks to their efforts, the public has been disabused of the notion that the PN is all Adrian Delia. That this once democratic, human rights-focused, open party whose defining feature was its normality in the face of the cultism of Mintoff’s religion has not transformed itself overnight into a mindless herd of zombies. There’s still life in there. It’s just struggling to emerge from under the morass.

How is that going to help anyone?

We always knew this would be a long game. And the real game is not Adrian Delia. He’s a disheartening distraction: like having diarrhoea at Waterloo. But he’s not the point of all this.

The whole point is that our country’s institutions have been captured by private criminal interests. In the scheme of things, the Parliamentary Opposition had the job of exposing and resisting the collapse of rule of law and the effectiveness of our Constitutional safeguards. To persuade enough people in the country to make the change. Whether because the present leadership of the PN is as captured as some of the judiciary or the police, or because it is converted to some ridiculous notion of alternating fascism is beside the point.

The Opposition has quit its job. It’s admirable that some within the ranks of the PN tried to change that. They tried to save democracy. They tried. They are important allies in the big game.

Indeed it is time to invite the good people within the PN — and there are a few within Labour, would you believe? — who do not think it’s ok to have a Joseph Muscat or an Adrian Delia running our country, to find a different way of fulfilling their mission.

It would be a terrible waste if they allowed their disappointment and the atrocious bullying they’re having to face to just throw in the towel and let the bullies win.

But there’s still work to do after Adrian Delia’s musclemen finish their drinks tonight.

Someone has to cut through the mantra of economic success and shed a light on homelessness and growing, worsening poverty. Someone has to decry worsening public services, mediocre public schooling and privatised hospitals motivated by someone else’s profit. Someone has to make the inconvenient connections between traffic jams and personal habits, between disease and luxury, between deaths on or next door to construction sites to unbridled greed.

Dozens of decent public-spirited people who only ever joined the PN to give their time and expertise for the betterment of their community will tonight shut themselves away from the offensive taunting of the triumphant supporters of Adrian Delia who will enjoy one of their very few victories like there’s no tomorrow. People who stepped up to resist this hostile take-over are clearly not motivated by self-interest. Self-interest would have placed them firmly behind the likely winner or at best allowed them to stay quiet and wait to see who it is politic to applaud like the many spineless, lily-livered, jelly-footed cowards who think politics is about their own survival.

To those dozens of decent, public-spirited people, for whom activism in a political party will for several months and years now no longer be an opportunity to do any public good, I say don’t let your energy, your commitment, your grey matter and your passion go to waste.

There are other ways you could be useful to the community. Sign up to Repubblika or to any other civil society organisation that is indifferent about the flag the government of the day flies but passionate about a fair and inclusive society, a sustainable economy, and community life founded on the very fundamentals of decency: truth, justice, sincere commitment.

Here there is no ambition for reward, power, public office or applause. But that does not mean there is no ambition. There is the greatest ambition of all: to go to bed at night undisturbed by the intrigue, the compromise and the blatant willingness to serve greed and vaulting personal aspiration and comforted instead by the greatest reward of all, knowing you did the right thing.

Then one day soon, when the unavoidable wave of time washes over the Joseph Muscats and Adrian Delias of this world and drains their vain hopes of immortality it may be time for you again to continue your work in a political party. At which point fare thee well, you’ll have our blessing.

Because we’ll know, and the people will know, what really mattered to you was— what matters to you is, doing the right thing.

Previous:Even God doesn’t like my blog, apparently
Next:He offered you forgiveness. Do you think you did something wrong?