He offered you forgiveness. Do you think you did something wrong? 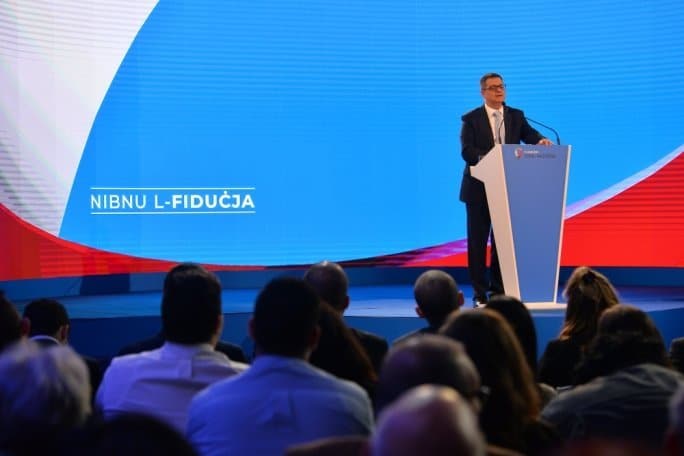 Adrian Delia said this morning he will forgive everyone. Well, almost everyone. Not those who would “attack his family”.

Since he has made it known that reporting on a court complaint that he has more debt than income and that he’s fallen behind on paying for the mortgage and the water and the electricity at the house where his children live amounts to “attacking his family”, and since I have and will continue to report what I believe to be in the public interest without fear or favour, I am, I expect ineligible for Adrian Delia’s forgiveness.

I wasn’t particularly looking for it.

Although I am a member of the Nationalist Party, I joined when it held the promise of a politics I subscribed to. Today that Nationalist Party has chosen to support the departure from the politics of truth and justice. It’s a democracy of course. Any political party is welcome to choose the method of its own demise. No one can stop a party from pursuing irrelevance and the exhaustion of its value to a community.

It’s a bloody pity of course. But these things happen. Useless crying over spilled milk.

There’s work to do. The Nationalist Party has chosen its path. Those who wish truth, justice and an inclusive, just society and a sustainable economy that outlives us and gives our children opportunities in a future that is better than our past cannot hope to achieve this within the Nationalist Party. Not for the next three years or so anyway.

A party that gorges on its own entrails can make no promise to the country which can be kept. Let alone believed.

Consider one thing only for the moment. Adrian Delia and his supporters are telling themselves they won the day. But all he’s managed to establish is that a third of the most committed 1,500 Nationalists in the country think he should leave. A third!

They are wallowing in the fat of a two-thirds vote of support. But after the relief that the humiliation was not even greater they surely will remember there are about 350,000 eligible voters in a general election. To win it they will need at least a 175,000 of them to support them. OK, a bit less than that because up to a tenth may not vote at all.

Of those 160,000 or so votes that they will need most will be ambivalent about the PN until voting day itself. Less than 1 in 10 of them is actually a PN member. And that includes me so the party cannot even rely on all of that 10% to support it in an election. General Councillors are the sancta sanctorum of this select band of committed partisans. And a third said Adrian Delia is not their choice even when they didn’t have any other option on the ballot paper to consider.

As the lesson of Alfred Sant in 2008 when Labour was in exactly the same situation recalls there is no way a party leader of one of the two main parties in Malta can move from losing the support of a third of the very hardest core support of the party to becoming prime minister.

As a hopeless electoral prospect the PN will prove to be an even unlikelier investment for donors who will continue to desert it, ducking it deeper in financial disaster.

Labour will be even less worried today about the prospects of a decent electoral challenge from its traditional Opposition than it was yesterday. Their supreme self-confidence will do what you thought was impossible, grow even firmer. Without fear of consequence they will plunder and squander like there is no tomorrow. From where they stand, there isn’t one.

We are facing a prospect of a Labour Party that might actually seriously toy with the idea of making Konrad Mizzi prime minister. If you thought it could not get worse than Joseph Muscat, there may be a day you’ll actually miss him.

456 Councillors voted no to this disaster. That’s a lot of people. That’s a lot of strong-willed people who are in the PN for the right reasons and that can be seen in the way they voted today. They were loyal to country over party, to party over leader, to group over individual, to principle over unanimity, to courage over fear.

Now they have two choices. They have been offered ‘forgiveness’ by the party leader implying there’s something to forgive, that they were in the wrong, that they sinned by defying his divine right. Adrian Delia offered 456 Councillors the unenviable opportunity to submit, comply and prostrate themselves in front of something, in front of someone they’ve agonised over and decided painfully today they could not support.

Or they have the alternative choice. Of continuing to be themselves and standing by what they believe in.

No one is asking the 456 Councillors to resign the PN, but now it is time for them to live up to their vote, to come out of their shell and the comfort of the secret ballot and defy the bullies who are now trying to get them to eat their dust.

Since this morning, Repubblika received a handsome rush of membership applications. 456 Councillors showed great courage today. They feel like they lost. I don’t blame them. If they’re getting anything like the sort of messages and emails I have been getting in the last hours, they probably can’t help it.

But they didn’t. They stood tall.

So to them I say, stay tall. Enlist. Be the change you want. For the next three years the PN is not the way you can best serve your country, join us and let’s focus on resisting the corruption Joseph Muscat is presiding over. It still needs to be done and your neighbours turn to you for leadership as they always have before.

Send an email on [email protected]. Welcome aboard. Here we do not offer forgiveness. We offer the chance for you to stand up for what you believe in without the fear of being bullied by your own party colleagues. Together we can be a real opposition to the tyrants that grasped our children’s future. Together we can make a real difference. We don’t promise electoral victories. But we do promise the rush of fighting for what is right.