Does he really have the time to watch movies?

The Government Gazette announced yesterday that the newly minted chief of government communications has been given a part-time job.

Matthew Carbone, who one would expect is working 20 hour days, has been appointed to the Film Review Board which is set up by law to watch movies that another board has classified with an age restriction but the distributor thinks younger people should be permitted to view at the cinema. 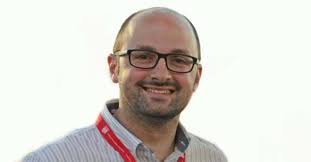 Is he really the last man in the country with the professional training and nous to assess  the psychological impact of full frontal nudity on the tender mind of a 16 year old?

And more importantly, where does he get the time to watch movies?