The clearest example of this is the case of Local Councillors elected on the PN ticket. Many lost or gave up their seats in the May elections and many new one acquired the right to vote.

But a closer look still suggests that under normal circumstances the list of voters requires an audit. A few days ago petitioners who demanded a non-confidence motion to be debated in Parliament questioned how Julian Micallef became eligible to vote in the Council. His only qualification appears to be his willing to do just about anything for his leader including, allegedly, having his leader’s estranged wife followed. That mystery has never fully been explained. 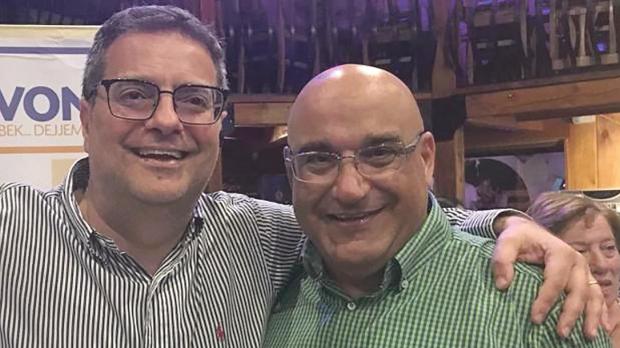 Another one is Herman Schiavone, formerly an MP on the PN Parliamentary Group but since suspended by his own effort and admission of wrongdoing when meeting Yorgen Fenech.

In theory anyone who has ever been elected member of Parliament on the PN ticket is made General Councillor for life. But people who have been fired and took themselves out of the Parliamentary Group are rubbed off the list. If not Jesmond Mugliett, say, or Jeffrey Pullicino Orlando would be voting on Saturday. They aren’t and they’re not eligible to vote.

That’s even if I suspect that if they did have a right to vote, they’d cast it to extend Adrian Delia’s term.

But alas they were rubbed off the list before Adrian Delia could do something about it.

He could however do something about someone who quit the Parliamentary Group under his stewardship.

Why is Hermann Schiavone voting Saturday? No prizes if you think you can guess how he’s voting.

Previous:Is this a dagger which I see before me?
Next:Ciao Darwin