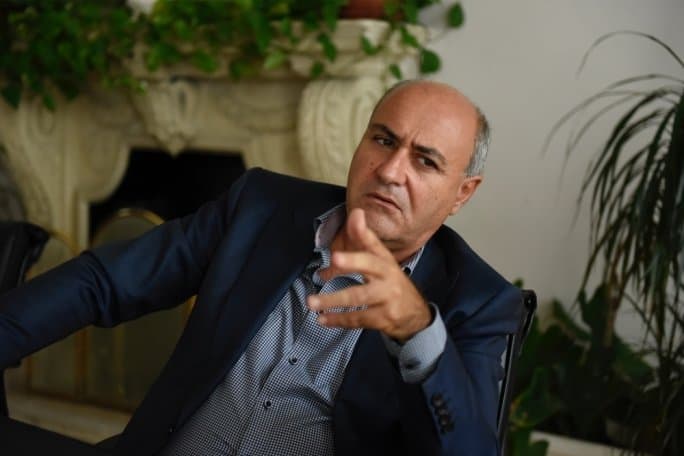 The sack of Malta continues apace. The approval of the highway through Attard has brought tears to many eyes, at least the eyes of people who were not already sore from all the dust. We are stuck in a nightmare, a lucid dream. But we’ll wake up from this coma after this zombie apocalypse has befallen and all we’ll have left to fill up the time is jokes about Jose’ Herrera and Victor Axiaq.

This Facebook post by Matthew Caruana Galizia reacting to Victor Axiaq enjoying the beautiful Italian countryside after demobilising the so called and much misnomered “environment and resources authority” to allow the highway to be approved over the decimation of hundreds of trees, historical remains, the livelihood of farmers and the living, breathing air of future generations, sums up the madness neatly.

But no one beats our much misnomered environment Minister, Jose’ Herrera, that indulges in some gaslighting of his own. First he gives an interview to Malta Today in which he takes on the character of a baddie in some discarded draft of an Aldous Huxley unfinished novel.

“Beware false nostalgia,” he warns. Conservation is over-rated. The argument goes something like the Great Siege of Malta was not great fun. You know there was a lot of shooting going on and the blockade forced people to test rats for doneness. So? you might timidly ask. So it’s ok to knock down the bastions of St Angelo to turn them into fletsijiet.

Jose’ Herrera wasn’t making this analogy but he was using this logic to justify his point of view.

What he is clearly and manifestly trying to say is when Malta had more trees life wasn’t quite as good as when it will have far fewer.

The god of progress marching on, leaving devastation in its wake.

But it’s Jose’ Herrera’s turn to amuse on his Facebook. Look at these posts uploaded around the same time as his enlightened interview with Malta Today.

Are you serious man?

It wasn’t the only post of the kind. As activist and PD candidate Cami Appelgren remarked elsewhere perhaps Jose’ Herrera might wish to tell this orang-utan, life wasn’t all that great when there were other trees to live on.

You see what’s happening here. Good old fashioned gaslighting. Granted, there are no orang-utan expecting extinction because of the highway through Attard. What’s going extinct instead is the age old hope to die leaving your children a better life than your parents had.

The god of progress is marching us to a scorched earth.