This is my piece in the July 2019 edition of Money Magazine. A digital copy of the magazine can be found here. 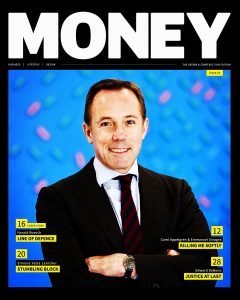 ‘Beauty is in the eye of the beholder’ is a much maligned idiom. It does not democratise aesthetics. It does not give everyone the right to decide that what they like is beautiful. It resigns itself instead to the fact that the repulsive, the objectionable, the damaging and the rotten will still find enthusiastic buyers. And they will judge it beautiful.

Democratisation is often confused with vulgarisation. And there’s hardly anything more vulgar than the jumbling of concepts.

Consider for example the modernist notion of functionalism. The aesthetic choice is pragmatic, wary of excess, mindful of the use of space, waste-averse and keen to secure the vitality of the environment through its sustained, if not necessarily sustainable, use. No harm in any of that. But functionalism is then used as an excuse to rank functions themselves according to some utilitarian index which is restricted to variables that are short-sighted and soulless.

The buildings outlived the faith that financed them. They stand tall bearing witness to a time gone by, when God was king. The graven images that told stories instantly recognisable to the contemporaries of the sculptors are now faded, obscure, understandable only to holders of arcane knowledge, vague flickers in a collective memory that wanes.

And yet they are a thing of beauty not just because of their size or their age or because of the stories they tell and few no remember. But because they make a claim to immortality. Because those who laid their foundations had no hope of seeing them roofed over in their lifetime, and that did not matter to them. Because the present is a fickle moment of doubt but the future is certain. Standing in a human chain shuffling buckets of water picked out of a river far beyond sight to douse a fire that burns below the other horizon, those builders wanted to be a part of something greater than themselves.

The transcendence of buildings is not limited to temples and churches that reach up to the divine. From the sprawling estates to the family hovels of the poor, a property that is nurtured to carry a family name beyond the death of its builders is also a claim on immortality.

Private property after all is the artificial notion that seeks to defy the finality of death. The cliche’ is you will not take anything with you when you die. But that is no excuse for sloth and despair. If you cannot build to take with you, you build to leave behind.

In buildings then, there is an investment in memory, the building of a legacy, the challenge against time.

Timelessness in buildings is not necessarily hostile to private property. Nor is it inconsistent with function and prioritising use over isolated yearnings for appearance.

Timelessness is only really inconsistent with greed, shortsightedness, the inability to think beyond now. Materialism is unfairly dissed. But that’s because it is confused with an immanentism that cares only for today and instead of challenging time becomes its slave.

This is what Malta is suffering right now. We behave like those Dark Age Romans who scavenged classical buildings for stones to build their improvised housing. We give our backs to the future we think does not exist and instead live in the present, scavenging and consuming our resources to subsist and then congratulate ourselves for how far we have come.

Kenneth Clarke famously said he was not sure how to define ‘civilisation’. But as he stood at the feet of the Notre Dame in Paris he said he would recognise it when he saw it.

We do not recognise civilisation in most of what we build. Instead we see a downfall: environmental, cultural, social.

Our neighbour, the once great jewel of Palermo, experienced this crashing down of civilisation in the 1950s and 1960s. It is no coincidence that the Palermitani used the term from the end of the Western Roman Empire to describe that phase of their history: ‘the sack of Palermo’.

The similarities of that experience to what we’re going through are uncanny.

Up to the 1950s Palermo was nestled in groves and surrounded by a romantic landscape which now exists only in paintings and old photographs. A “draft town plan” was drawn up in 1954 declaring principles of conservation, aesthetics and careful, sustainable town planning. The qualifier “draft” was presented as an opportunity to invite consultation, feedback and a democratic iterative process.

But it was really intended to open up for exceptions, personal favours and a corrupt retail of development permits that would not have been allowed if what was still in draft form had become law.

The town plan was not made into law until 1962. The interim 8 years became a wanton rout, a stampede without order and without a goal, the erection of concrete boxes in a jungle of maximised space ostensibly functional but really merely ugly, unsightly, unfriendly.

Anything which was up to a day younger than 50 was knocked down and “redeveloped” into grey hulks that still dominate the lurid landscape that surrounds that city.

The criminals laundered their proceeds in concrete, the developers profited from the activity, the planners and politicians lined their pockets.

Greed ended in tears. Names like Giovanni Gioia, Salvo Lima and Vito Ciancimino ended in disgrace or in pools of blood in roadside shootings.

But the tears that will always be shed after the profiteers and the corrupt are forgotten are in the choked up melancholy of Palermitani of the future, heirs of a diamond that has been spoiled by incompetent cutters who dug too deep and patched their gluttony with cement.

If you think that what is happening to us here right now has a happy ending, you haven’t been paying attention.

Local Plans, that are supposed to be legally binding documents regulating land use and defining the limits of construction and the aesthetic values that should govern it, have been “under review” for 6 years.

Policies on petrol stations, hotel expansions, quarries and shooting ranges have been in “draft” form for 6 years.

The notion of a structure plan has been struck off the statute for 6 years.

This has created an opening for exceptions to made, ad hoc arrangements to be secured, nudges and winks to be accommodated. In place of a challenge to time, we are experiencing its squandering.

We quarry our past to profit in the moment, leaving behind us a legacy and a memory that will be cursed for generations.

In a thousand years a future Kenneth Clarke will stand in front of Tower Road in Sliema and though she’ll struggle to define ‘civilisation’ she will say she knows for sure ‘it doesn’t look like this’.