The other side of every story 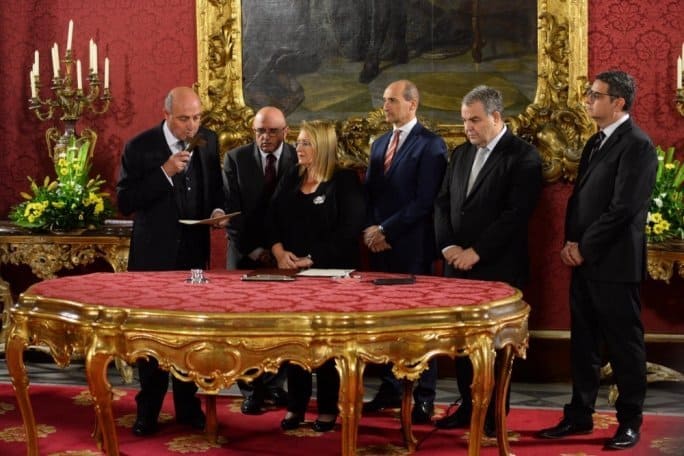 You’ll find ninety-nine thousand, nine hundred and ninety-nine scientists that will tell you global warming is catastrophic and man made. Somewhere there will be one who for the right coverage and compensation will say that it isn’t.

Put one representative of the 99,999 on a TV stage and face him with the one scientists who is prepared to say global warming is a hoax. Now you have two sides of one story and if you’re not too keen on bad news you can tell yourself you don’t know who to believe.

This has become the science of deceit.

When Joseph Muscat was reacting to the Standards Commissioner’s report about the employment of Labour back-benchers in the executive he said there’s an alternative perspective to George Hyzler’s and that must be examined too.

On one side stood George Hyzler. He pointed out that Malta’s Constitution requires the separation of powers and rules that members of our legislature (Parliamentarians) are legally prevented from also being members of the executive (unless they’re Ministers). You either work for the government or scrutinise it in Parliament. You can’t do both.

He also pointed out that the civil service is expected to be apolitical so it can serve effectively whichever political program the electorate chooses but with a healthy measure of continuity as Ministers change. That is why civil servants have a Code of Ethics to tell them to stay out of partisan politics if they’re in senior management. But they can’t stay out of politics if they are Parliamentarians. Politics is their job.

George Hyzler is not standing alone as some Moses bearing the Constitution and the civil service code of ethics like tablets handed down from a burning bush.

He was in plentiful company.

When the Legal Affairs Committee of the Council of Europe that recently successfully presented to the Parliamentary Assembly an overwhelmingly critical report on Malta, was debating whether to bring in the Venice Commission to take a look, some of its members found the shocking notion of backbench MPs employed by the government as so brain-fryingly shocking as to have felt compelled to act.

Like the UK Maltese government Ministers are handpicked from Parliament. That’s ridiculous enough to begin with. But the UK has rules to ensure that there is a capped limit to how many of the ruling party’s MPs draw a salary as administrators. That’s to ensure there are always enough MPs even from the side under the whip to vote to keep the government in office that is free enough of influence to defy the whip when they need to without fear of monetary consequences.

Understand that this is what we have here. Do you remember Jesmond Mugliett and Franco Debono and Jeffrey Pullicino Orlando taking turns to stab Lawrence Gonzi and his 2008-2013 government with painful but not mortal wounds sitting behind him on the PN government’s backbench?

Why does Joseph Muscat never get anyone of his team openly disagreeing with him? Is it because he’s always right. The fuck he is.

I just mentioned that meeting last year of the Justice Committee of the Council of Europe finding out to its shock that government-supporting MPs or on state payroll. Try to imagine the credibility enjoyed by Stefan Zrinzo Azzopardi who stood up in that room to defend the government when they found out he’s also Chairman of the government’s harbour regeneration corporation. And when Manwel Mallia stood to back him and his government up taking a break from running the government’s occupational health and safety agency.

It’s not just bad for the functioning of democracy. It’s also bad for the actual government posts these people should be occupying. Manwel Mallia’s understanding of occupational health and safety cannot be deeper than most people untrained in the matter. And yet there he is filling out a seat of enormous responsibility as proper expertise is kept out of leadership positions and constructions workers fall to their deaths from several storeys up like angel wings had gone out of fashion.

Does Joseph Muscat only do it because he wants to hold his MPs by their pockets? Not just. He can transparently resort to increase MP’s salaries, assuming responsibility for a political decision that is only painful in this country when Labour has invested in the politics of envy for decades. Maltese MPs are absurdly paid as much as entry level bank tellers, which is perhaps why most of them are in their job because they cannot count.

Now Joseph Muscat said one needs to take into account the perspective which is alternative to George Hyzler’s and of anyone else who’s actually given a thought to this matter. No doubt he’ll find someone to ‘independently’ back him up.

Remember when they wheeled out a Russian professor no one had ever heard of to tell the European Commission he was advising the Maltese government and recommending that it sells its passports to “investors”? There’s always someone.

Consider how the Ombudsman has been getting more and more explicit in his criticism of the conduct of the administration. When a paper comes down from the Ombudsman, Joseph Muscat promptly dispatches it to the head of the civil service (whom he has handpicked from within the Labour Party ranks) to produce an alternative and opposing report.

This is the way now.

It might come in handy for criminals who are handed down convictions and sentences by the courts. By Joseph Muscat’s method the convicts can then commission some other lawyer to produce an alternative decision to the one issued by the judge because, hey, there’s always another side of the story.

And here we are chasing our own tails while they laugh at us.

Previous:GUEST POST: ‘We are open in everything’ – A Trip to the American University of Malta
Next:Luigi Ciotti, leading anti-mafia campaigner, joins call for independent inquiry into Daphne assassination