You call this safe? 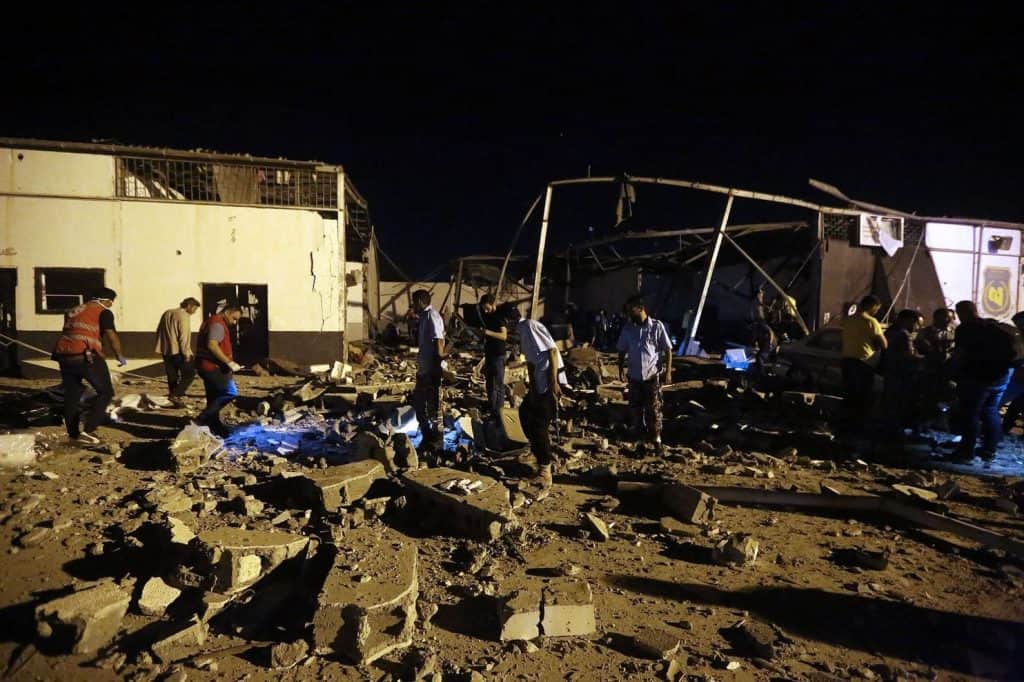 Forty-four migrants, many of them women and children, were killed in Libya when an air strike hit the detention centre they were locked up in just outside Tripoli. Another 130 people at least were injured in the attack.

The migrants were prisoners of the Libyan government fulfilling its obligations towards Europe, preventing the migrants from attempting the perilous sea journey northwards.

The air strike was perpetrated by rebel leader General Khalifa Haftar who dominates the east of the country and who has launched a campaign against the Tripoli government.

This is not the first time that a migrants detention centre has been targeted for attacks and innocent civilians have fallen victim to mass murder.

The deliberate targeting of civilians in a conflict is a war crime under international law.

European countries, including Malta, have the official policy of designating Libya as a “safe country” which is the basis for their insistence that responsibility for the salvage of migrants adrift off the Libyan shores lies with the Libyan coast guard.

The European Union provides funding to the Libyan coast guard for this activity in order to keep migrants away from the sight of Europe.

Italy has, so far unsuccessfully, charged volunteers that rescued migrants escaping Libya for crimes of piracy and human trafficking.

However this incident outside Tripoli this week suggests that not only are migrants escaping Libya running away from a country too unsafe for them to be forced to return to, but they are actually refugees from war crimes.

International law gives countries receiving refugees running away from conflict and the peril for their lives the obligation to provide them shelter.

A cynical view would point out that that is the purpose of the cruel targeting of civilians with this bombing. But the status of refugee is not granted only to incidental victims of violence at the exclusion of those that are the deliberate targets of it. Such a notion would be perverse.