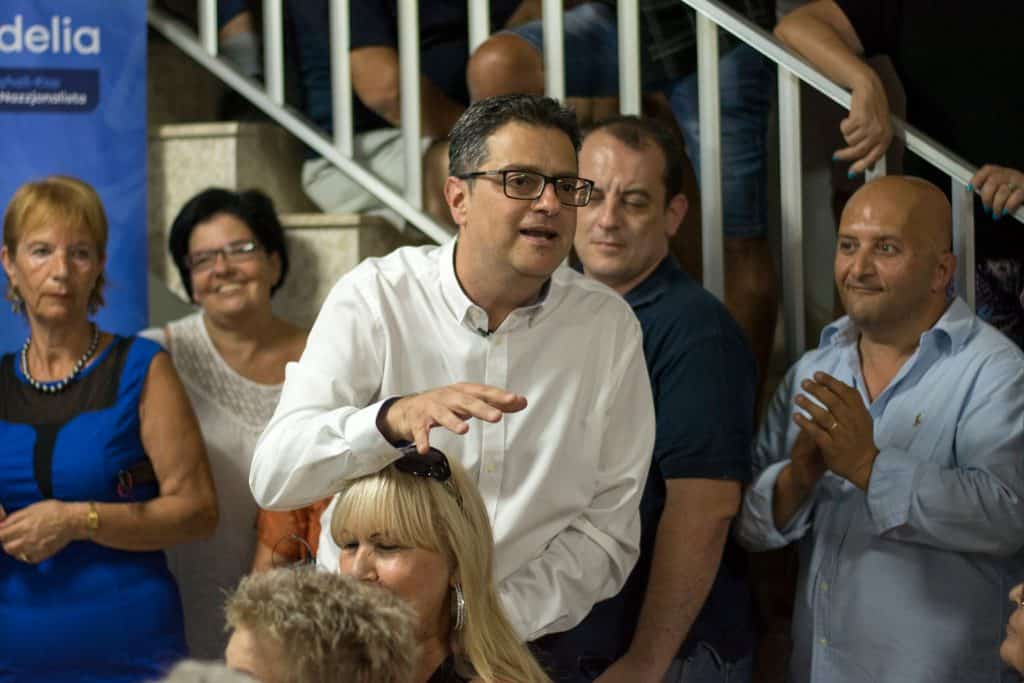 Collecting 5,000 signatures is an impressive administrative effort. Supporters of Adrian Delia wanted to be seen to amount to more than the rebels who called for a confidence vote in the leader, hopefully killing the argument just by showing up.

Of course, that’s the half of the story they want us to think of.

The real story is that the 5,000 signatures were collected to sign a petition insisting that a secret ballot confirming whether Adrian Delia enjoys the confidence of the General Council is not held. The excuse that the PN’s leader is by statute elected by party members, not by the General Council, is neither here nor there.

If Adrian Delia calls a leadership ballot to confirm his support with party members, he’s perfectly entitled to contest it as well. That’s how he can get detractors to shut up.

But that strategy is doomed by the fact that Adrian Delia understands he would not win another leadership ballot if it were held today.

Of course, the 200 or so Councillors’ signatures collected by the rebels have been vetted by the leadership who cast doubt about the validity of some of them. The most egregious objection was about Councillors who are less than a year behind on paying their membership fee. That is especially ironic when the excuse (for so it is) could have been used to block Adrian Delia from running for leadership because in 2017 when he filed his nomination, he was two years behind on his dues.

For a man who spent the last few years dodging the tax-man for overdue taxes, it is truly callous to deny people their vote and their status as General Councillors because they haven’t paid this year’s membership fee yet, almost certainly because of the administrative breakdown in the PN itself.

The people who scrutinised those 200 had a vested interest in fixing the goalposts to retain the status quo. Presumably, they’ll be the ones to check the 5,000 signatures delivered yesterday. It is fair to assume that all signatories are up to date with their fees.

The PN has reduced itself to a joke. Any organisation that is entirely consumed with digesting itself is beyond hope of redemption. It is impossible for me now to see that anything good can come out of this.

The Phoenix is having a cold shower, possibly a terminal one.

Let’s look at the numbers and let us assume that every one of those signatures checks out as filed by a completely eligible individual who has paid their fees on time.

The petition was signed by 4,333 party members. In the September 2017 election that saw him elected leader, Adrian Delia garnered 7,734 votes. Now in order to collect so many signatures, party officials working to prop up the boss will have asked anyone they thought might sign their petition and probably people who thought they might not. And yet they secured just over half of Adrian Delia’s original voting base.

The September 2017 result was thin, to begin with. On the day some 15,000 members were eligible to vote. Even putting aside the unquantified (but we’re told massive) increase in party members the new leadership is supposed to have secured which would all, presumably, be supporting Adrian Delia given that they joined up since he came along, the petition signed yesterday attracted well short of a third of the membership base.

Impressive? Not so much.

The proportions seem right when one considers they collected 530 votes of members of the party General Council. Again presuming they were all eligible to sing that number reflects about a third of the Council membership.

Now, remember the organisers of this petition knew the names of the 200 or so rebels who signed the petition to have Adrian Delia recalled on a confidence motion. Which means they knew the 1,300 Council members who did not sign the rebel charter. It would have been fairly easy for them to ask all 1,300 to sign their new petition and it is fair to assume they did. Not even half of them agreed to sign.

This shows Adrian Delia’s support is now down, at best, to the status of a large minority.

Any doubts on that can only be cleared by a secret ballot which Adrian Delia is doing everything he can to prevent from happening.

A petition to call for a meeting not to be held and a vote not to be taken is the most absurdly undemocratic thing imaginable. Organisations have statutes that empower minorities to force meetings and changes in agenda precisely to provide checks and balances to manage elected leaders that go rogue.

If you’ve been in a chess club, in a band club, in any organisation with a statute, you will know there is always built in a mechanism that allows a minority to force a meeting and a vote that the officials of the organisations do not want to happen. That is what distinguishes democratic organisations from cult groups.

In political parties, it is what distinguishes mass parties from cadre parties or even worse fascist organisations led by decree and the charisma of an individual.

I appreciate that the signatories of that petition, except perhaps the ones that were bullied into signing it, imagine it is nice to have a Duce they could cheer on right or wrong. But if that’s what they want they should have their own party and call it by its proper name: fascist.

Previous:You call this safe?
Next:UPDATED: Returning to his government job … to concentrate on his district.