A junior minister in search of a senior cause

The last time Rosianne Cutajar called a public event was the anniversary of Lassana Cisse’s killing in a racist drive by shooting of a black Ħal Far tent village resident for which two AFM soldiers have been charged. She inadvertently launched an ‘All Lives Matter’ campaign calling for a fight against racial prejudice and violence. 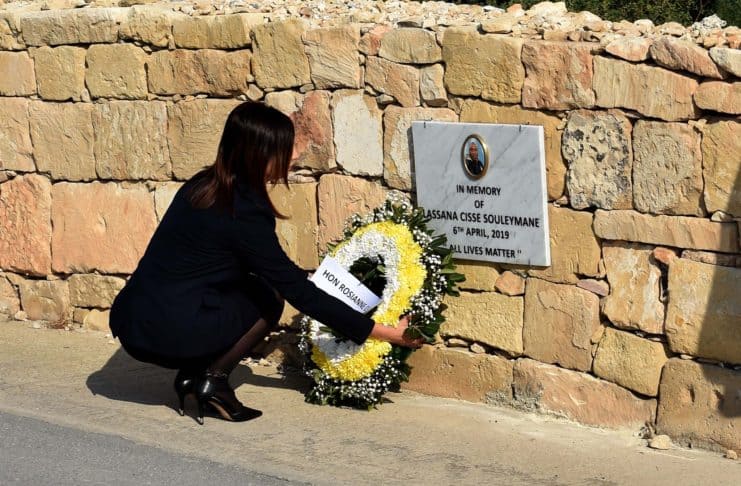 Rosianne Cutajar stood behind Robert Abela several times as her prime minister led the charge against the few campaigning that ‘all lives matter’. They didn’t matter to her anymore.

So Rosianne Cutajar now moved on to her next cause. Today she released this highly produced “message” to cannabis smokers on April 20 that I used to think was a special day by admirers of Adolf Hitler but which now I learn is a special day for recreational consumers of marijuana, cannabis, pot, reefers, weed, herb, ganja, green, buds … you get the drift.

Let’s take some carefully laid booby traps out of the way. The junior minister’s message conflates the use of cannabis for medical purposes with the use of cannabis for recreation. The two things are different matters. One can have a different view of the same substance depending on whether it is used to heal or if it is used for fun. Given the accepted medical advice I don’t think there’s any “taboo” or “stigma” over the use of marijuana as medicine if it comes with a doctor’s prescription. Surely, Rosianne Cutajar will not tomorrow be giving a highly produced message addressed to users of doctor-prescribed Panadols.

So please, let’s remove the conflation.

Accept that for the sake of argument. Are we going to see many government ministers addressing highly produced messages chummily encouraging whiskey consumers and cigarette smokers to relish the delights of their pastimes?

There is a leap that Rosianne Cutajar is too oblivious to realise she is making here. At one level she wants to be the liberal promoter of decriminalisation, a position one can agree or disagree with but a perfectly legitimate position to hold. But from there she walks outside the realm of responsible government straight into the active promotion of an activity the government has no place to promote.

She drops the names of Barrack Obama and Justin Trudeau to justify her decision. But though both politicians consumed cannabis at some point in their life, and Justin Trudeau piloted a decriminalisation policy, neither politician recommends the activity or encourages it.

Justin Trudeau specifically assured his public that he would never indulge again. Barrack Obama acknowledged he used in his youth and though he argued he thought the activity was no more harmful than alcohol he did not approve of decriminalisation.

I do not presume to speak for cannabis users because though I have too many vices for anyone to be proud of, grass is not one of them. But the point of “420” which is the “international day” Rosianne Cutajar was marking is to protest against the regulation and restriction of the use of cannabis. 420 is a counter-culture event.

“International days” are designated by organisations like the UN or its agencies, UNESCO, say or the WHO. They are set up to remind people of global values we too often neglect: things like the rights of women, free speech, education for girls in poor countries, global warming and that sort of thing.

Rosianne Cutajar appropriated a protest meant to complain about the fact that the laws she manages make the activity illegal. Because let’s be absolutely clear. Rosianne Cutajar is giving the wrong impression that her laws make the practice of consuming cannabis an activity without legal consequence.

The Drug Dependence (Treatment not Imprisonment) Act as amended this year provides for penalties the first time you’re caught with up to 3.5 grams of cannabis. You can be fined up to a €100. Not life in prison but hardly the equivalent of being caught with a packet of Rothmans Blue.

It gets harder for you if you get caught again within two years from your first offence. After you pay the fine you can be despatched to mandatory rehabilitation. You don’t get that after your second bottle of Black Label.

Rosianne Cutajar may have plans to change that law again but right now it is the law of the land and it is completely out of order for a minister to speak of an activity forbidden by our statutes as if it was exemplary like fostering or volunteering to feed the hungry. Smoking pot is smoking pot. It may not be bad. But it ain’t good.

It would be a stretch to say Rosianne Cutajar incited you to commit a crime with her message today. But she at least misled you into thinking the Maltese state encouraged you to smoke cannabis. That’s when the law says you’ll be punished and forced to kick the habit if you do.

Do you dig that, man?